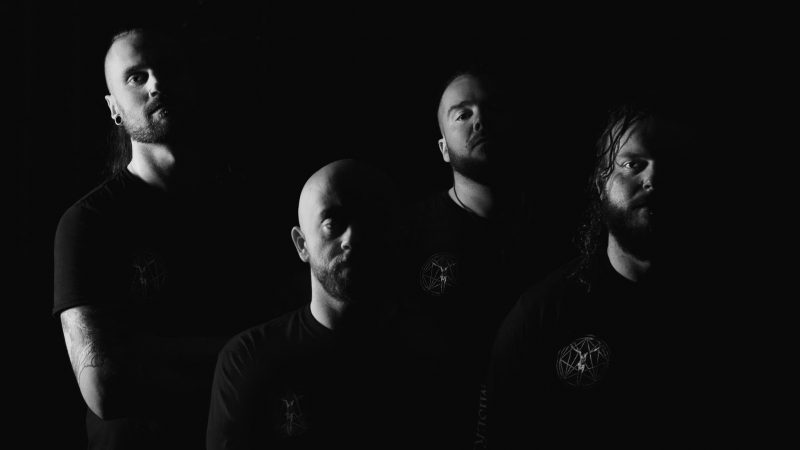 zhOra hail from Clonmel, Tipperary. Formed in October 2011 when Colin and Pancho started jamming some riffs. Tom Woodlock was quickly brought into the fold and after a mere two months the band burst onto the local scene with their impressive debut “Feet Nailed To The Ground” in January 2012. They followed this up in 2013 with the excellent “Almaz” full-length album and have kept up a steady head of steam ever since.

During 2016 the band won the ‘Wacken Metal Battle Ireland’ competition and hit the road to Germany to play the esteemed festival on the 4th August 2016. They have also been featured in the highly acclaimed ‘Fractured’ documantary series. With their second album “Ethos, Pathos, Logos” released in late 2017, zhOra are surely set for bigger things.

2018 saw zhOra release a video for the track ‘Ruthless Bastards’ on YouTube, with a more focused, brutal and even experimental approach to the music then previous efforts. By 2020’s “Mortals”, this new approach was brought even more to the fore.

Being far away from a standard can be an advantage within itself. Rather than build on the past, zhOra prefer to take a step sideways for a change of perspective. Since the 2011 EP “Feet Nailed To The Ground” and 2013 full-length “Almaz”, zhOra’s ethos has been to take themselves and anyone with them out of the comfort zone and firmly onto the road less travelled.

2016 saw zhOra reach the top of their respective mountain. After five years and countless gigs together they had the privilege of representing of representing Ireland at Wacken Open Air in Germany. A real crowning achievement and what is sure to be the beginning of a long and sludgy road that will firmly establish zhOra into Earth’s doom ridden landscape.

“zhOra were formed in October 2011 when Colin and Pancho started jamming some riffs. When it became clear that we had something, Tom “Whirlwind” Woodlock was brought into the fold. The next two months were spent writing songs for the E.P. ‘Feet Nailed to the Ground’. It was recorded in Jan 2012 by Ben Wanders at Nebula Studios Limerick ([email protected])”