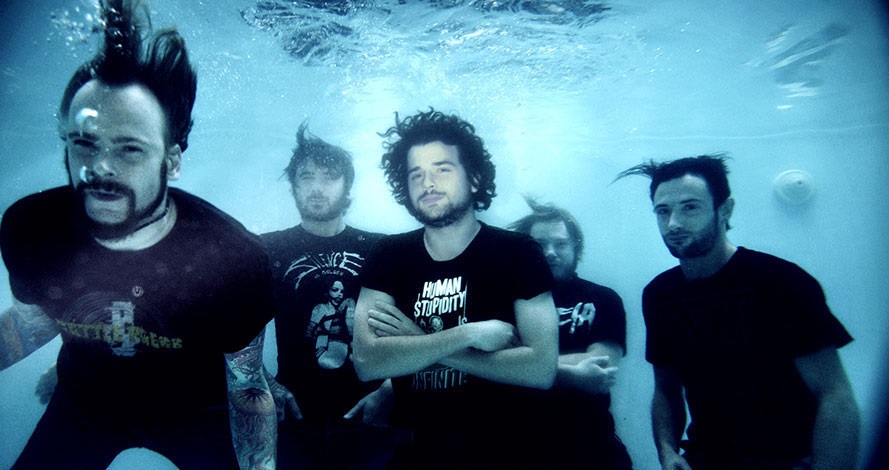 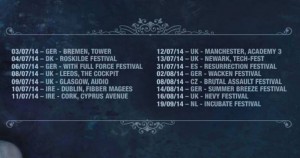 Robin Staps and THE OCEAN COLLECTIVE are back on Irish soil for shows in Fibber Magee’s, Dublin on the 10th July and the following night on the 11th July in Cyprus Avenue, Cork. Noisy local Hardcore trio MURDOCK will be joining THE OCEAN as main support act for both dates with zhOra and ILENKUS joining the bill for the Dublin date.

THE OCEAN : The band originated in 2001, when main man Robin Staps leased the basement of a former aluminum factory from World War II in the heart of Berlin-Kreuzberg. After a few weeks of daily construction work, “Oceanland” was born.
A large underground complex of recording studio and sleeping rooms, where many members of THE OCEAN would spend the larger part of the upcoming few years of their lives. The band’s live show was conceptualized and improved here, and over the years, a collective of musicians from classical as well as rock music backgrounds formed around Staps.

MURDOCK : A three piece technical hardcore noise band that destroy all pre-conceived genre rules by smashing them into the ground. Murdock interblend ferocious metal, rock and roll, noise, jazz and punk with off-kilter, intense jarring time signatures and deliver it with an honest, sincere and inexhaustible passion. Murdock have built up a very strong following and an outstanding live reputation from their intense, reckless and destructive live show. They play past the limit of their abilities with a disregard for their own well being and the comfort levels of their audiences. “If you are not bleeding or exhausted, what is the point?”