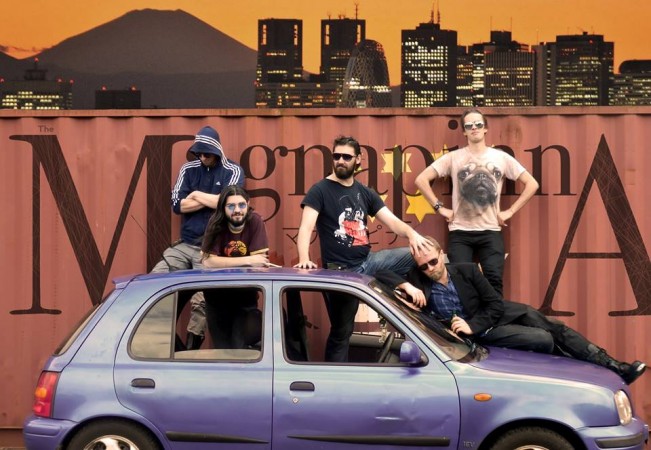 “Dissonant alt-rock featuring members worldwide, from Tokyo, Berlin, Brighton, Brisbane and Cork. For fans of FAITH NO MORE, NEUROSIS, TOMOHAWK and THE MELVINS”

THE MAGNAPINNA is one of two Cork outifts (the other being PARTHOLÓN) after popping up in 2015 after the demise of FIVE WILL DIE. The band are more of an alternative rock/metal, with a healthy dose of humour added as evident from their debut single and music video for the track ‘Charm Offensive’. A second track ‘Koi No Jellyfish’ was released at the end of February 2016 and was soon followed up in March with the bands debut “Sex Tape” EP. And in August 2017 the band released the two track “Hashtag” EP with accompanying music video for the track, ‘Uniform’.

The Magnapinna are a music collective from the south coast of Ireland. Formed as an online collaboration while members were spread across the globe in locations such as Tokyo, Brisbane, Berlin, Brighton and the Galapagos Islands. The band briefly came together in 2015 to record the “Sex Tape” demo before the world swallowed them up again and spat members back across the globe.

The next convention was permanent, and the band recorded a mini EP titled “Hashtag”. This was followed by a run of shows that led to the recording of a first studio album titled “This Is No Wave”.
It’s here that the band found their swagger. 5 tracks across the extreme spectrum of Pop/Metal/Punk and Outsider Music. Link: themagnapinna.bandcamp.com/album/this-is-no-wave

The Global Pandemic saw a DIY return to work with “Squid Sandwich” – a collection of live tracks and cover tributes to Tomahawk & Warren Zevon.

This leads up to the bands first full length release titled “Party Rumours”. 11 visceral and energetic tracks with hooks and flexes in all the right directions. Released Feb 14th 2022 – Valentine’s Day