The landscape down here in Cork has been shifting a lot over the last few years. The closure of An Cruiscín Lán back in 2012 meant that there was no decent sized venue left in the city to cater for most touring bands. This had a devastating effect on the local rock and metal community, who had pretty much lost their lifeline to live extreme music. The countries economic downturn had really started to dig the heal in too. Musicians and band members moved away or dropped out of the scene in order to earn a crust for themselves. Smaller, homegrown gigs suffered, with their options becoming very limited. For many, there was always Fred Zeppelins, the old haunt, to fall back on. And for a couple of years bigger type gigs were very few and far between. It all culminated in an overlong period of hibernation. 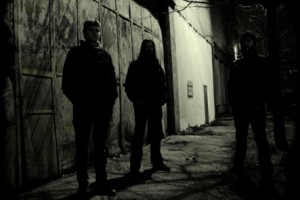 We lost the highly regarded ALTAR OF PLAGUES, who had become one of the most successful extreme metal bands to ever come out of Cork. This left a very large void to be filled when they ended their productive run back in 2013. True! they have since reformed as a live entity once more, but how long that revival will last is anybody’s guess. And there’s no denying… if the band did decide to reform properly, the prospect of new ALTAR OF PLAGUES recorded material  would be hugely welcomed. And not too long afterwards we also lost the unique and much loved I’LL EAT YOUR FACE (IMA – Facebook – Bandcamp). A band that seemed as if they would always be part of the Cork scenes furniture, so to speak. But these two acts were merely precursors to the massive shift that was to come in Cork’s metal and heavy music scene. As bands seemed to drop like flies all throughout 2015. 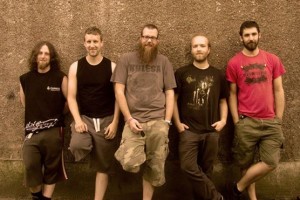 There was always a few more resilient bands that soldiered through the tough times. With FIVE WILL DIE being the most obvious one. They were without question one of the primary linchpins that helped more than any to keep the city’s metal scene alive during their ten year run, even though now they too have sadly bowed out with their final death throes having been hurled at their farewell gig last February.

But it’s certainly not the end for some of it’s members, as new projects have emerged from their ashes. THE MAGNAPINNA (IMA – Facebook – Youtube) and PARTHOLÓN (Facebook) have both hit the Cork gigging scene as of late 2015. The later in particular taking up the mighty FIVE WILL DIE‘s mantle, going forward. 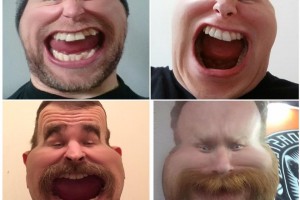 But the knocks kept on coming with local hardcore heavies HARBOURED also calling it quits, after only a few short years. During their run they released two EP’s, “For The Hearts Still Beating” in 2012 and “Tooth & Nail” in mid-2014, which they followed towards the end of that year with killer ‘The Eyes, Defiant’ single/video. And TERRIERS (Facebook – Bandcamp)! A post rock/hardcore outfit, featuring ‘jack-of-all-trades’ Ian O’Callaghan on vocals had been tipping away since 2011. The “Girl, I’m Gon’ Do Right By You” EP was released back in late 2012. Which was recently follow-up with the release of the band’s first full-length album “Let’s Hear It For The Boys”. More melodic, yet much heavier and fuller sounding with a much more rounded and better production compared to the debut EP. But they too decided to drop out of the local scene with their final gig having being played on the 10th July, 2015.

[r]evolution of a sun 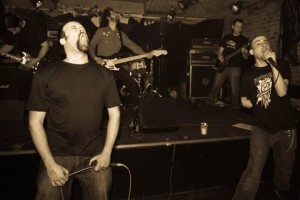 5WD weren’t the only stalwarts to call it a day in 2015, either. As two more of the cities heaviest acts also bowed out during the Summer. With vocalist Christophe Erpelding returning to France, one of Cork’s longest running hardcore/metal bands [r]evolution of a sun also decided to end their run. With the band scattered far and wide by the end, it was inevitable! [r]oas first came together way back around 2001. Progress was always slow with them, but when they did deliver new music it was always intense and devastating. Just like every live show they ever played. And KAWTIKS, an eleven headed hydra comprised of members from various other Cork bands and hell bent on levelling every stage and venue they played. They began their reign of terror in 2014, but the headcount had been dwindling with the band eventually down to just eight members, so a halt was officially called. They only ever played outside of Cork twice and got barred from both venues, such was the intensity of their performance. 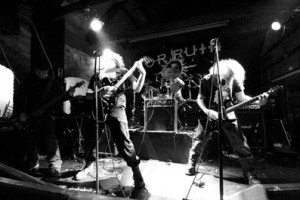 FOR RUIN always had a very stop/start modus operandi. But going by the bands previous track history I can only presume that there is already a brace of new material already written and waiting to be completed. John Murphy and Co. had been focusing on the bands earlier material for their recent live shows. I don’t really understand why. Especially since the bands last two efforts are far superior.

FOR RUIN are currently on hiatus so it’s hard to say when any new material will next come to fruition. Half of the band were also involved in a KATATONIA tribute band called KATATONIK (Facebook – Live “2015”), focusing only on the legendary bands early material. The latest word is that a proper new doom metal band is in the works as result of that initial collaboration.

I’ve probably left out someone but the bands listed above were some of the more prominent in the Cork scene in recent years and it’s a real shame to see them bow out. But everyone has to move on at some point. And change is an unavoidable necessity. Be sure to check back again soon for the second installment of our report when we take a look at some of the current line-up of active bands in the Cork metal scene. Some who have been knocking around for a good few years and still making noise… others who have only formed more recently.