This weekend sees a brand new heavy music event take from the team behind Dublin City Council’s multi-venue, independent music and culture festival CANALAPHONIC. EMERALD HAZE is a not-for-profit venture, supported by Dublin City Council that takes place on Friday 1st and Saturday 2nd September 2017 in Smithfield’s Voodoo Lounge and On The Rox.

Performers will be a mix of Irish and international acts including Iceland’s SÓLSTAFÍR who return to Dublin for the first time since their sold out 2014 Irish tour to headline EMERALD HAZE.  SÓLSTAFÍR’s unique blend of metal with beautiful melodies, psychedelic moments and a strong undercurrent of hard/classic rock comes as varied and at times appealingly bizarre as the landscapes of their native Iceland. Their latest album “Berdreyminn” was released through Seasons of Mist on May 26th 2017 and a European tour in support of the album begins on June 10th at Download, Paris.

Alongside them will be CHURCH OF THE COSMIC SKULL, LORD VICAR, Dublin’s DREAD SOVEREIGN featuring legendary PRIMORDIAL frontman Alan “Nemtheanga” Averill, THE COSMIC DEAD and an impressive list of established and emerging talent from all around Ireland and Europe such as ABRAHMA, TEN TON SLUG, KING WITCH, Northern Ireland’s ZLATANERA and WILD ROCKET who recently released their second LP “Dissociation Mechanics” on vinyl and CD. The five-piece have been developing their combination of heavy psych and kraut-infused space punk for the past five years, since the release of their debut LP “Geomagnetic Hallucinations” in 2014, the band has gone from strength to strength, performing at the Distorted Perspectives and Reverberation Festivals in Ireland and the Hostsabbat Festival in Norway. 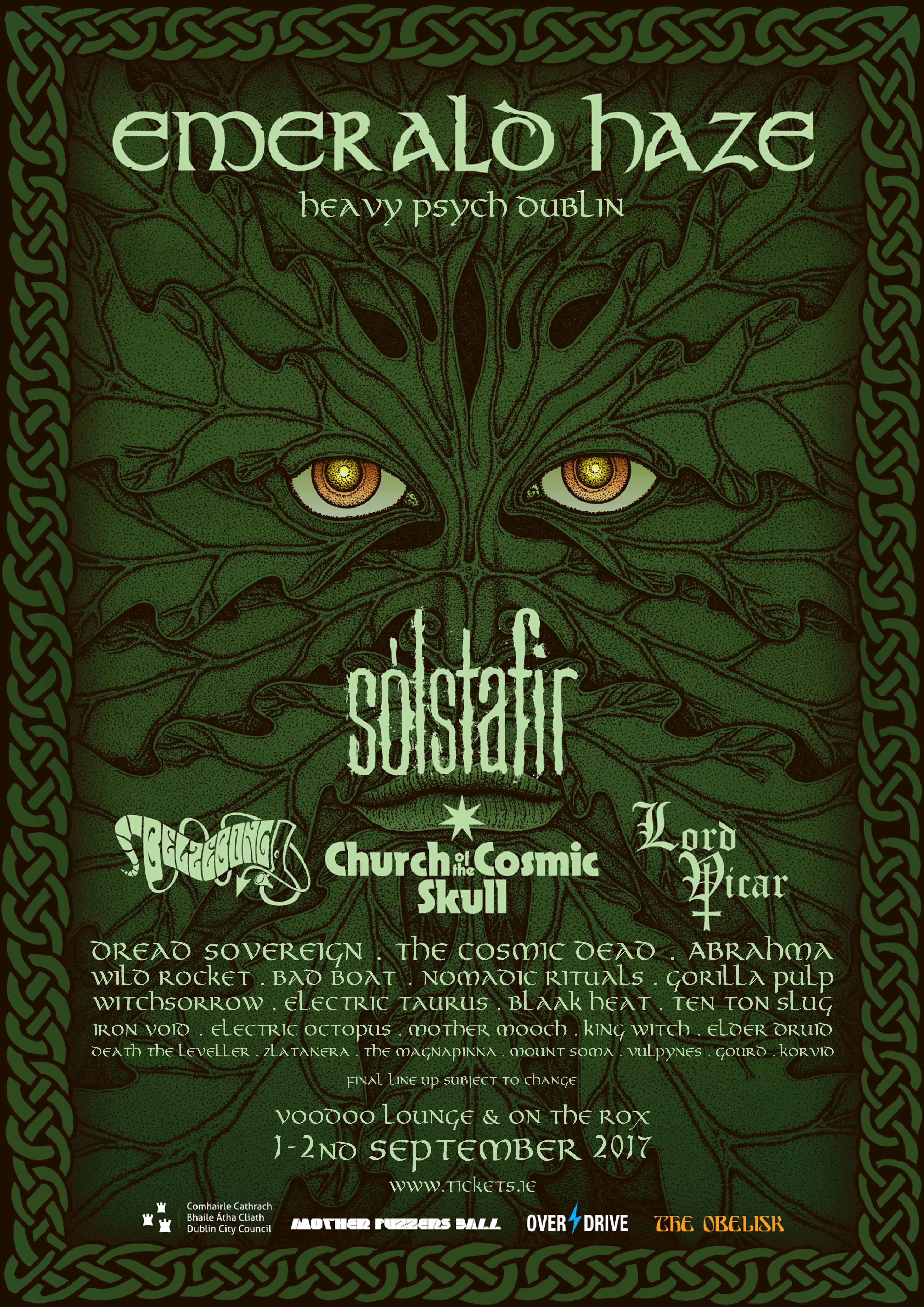 The Mother Fuzzers Ball Stage has been an integral and very successful aspect to CANALAPHONIC Music & Culture Festival since its inception in 2015. EMERALD HAZE creates an opportunity to further develop and nurture Ireland’s contributions to the worldwide aesthetic of heavy psych, draw international attention to the high quality and quantity of acts emerging around the country and provide festival experience to these bands. Corresponding intimate, indoor and boutique events catering to specific sub-genres of the wider alternative rock community have become the norm throughout Europe and the US, bolstered by the turn of the century’s social media explosion and the development of a worldwide support network.

Friday : Doors – 6.00
Entry to both stages through Voodoo Lounge

After Party DJs Til Late – On The Rox

Saturday : Doors – 2.30
Entry to both stages through Voodoo Lounge