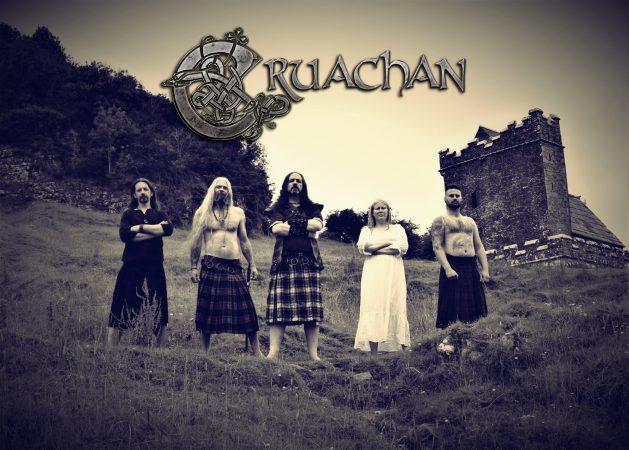 CRUACHAN hardly need any introduction to fans of Irish Metal. Whether you love or hate their brand of Folk/Pagan Metal, you can’t deny their success within the metal community. Particularly throughout Europe! I was onto Keith a while back about uploading their debut ‘Celtica’ demo from 1994, which he was good enough to allow me do. And as a bonus I’ve included an early rehearsal recording from 1995 of the track ‘Cuchulain (The Hound Of Culann)’. There’s also recording of a very early live gig that the band played in Nancy Spains, Cork back in 1994.

More line-up shuffling after this saw drummer Colin Purcell be replaced by ELECTRIC TAURUS drummer Mauro Frison, John Clohessey be replaced by Eric Fletcher on bass and Kieran Ball also join the band on guitar. And the band recorded “Blood For The Blood God” which was released in 2014 on Trollzorn Records. Legal issues followed when Thomas Gurrath of the Death Metal band DEBAUCHERY, who actually owned the copyright for the 2 words “Blood God” in the territory of Germany, filed a claim against the band and label. The claim was upheld and Trollzorn were forced to reach a settlement.

John Fay left the group again in 2016 and the rest of the band continued with the the final installment of their ‘Blood Trilogy’ and on the 27th April 2018 “Nine Years Of Blood” was released, again through Trollzorn. After the albums release Eric Fletcher stepped own and Rustam Shakirzyanov took over on bass. This line-up lasted until 2020 when a massive line-up change hit the band. In January, it was announced that Rustam Shakirzyanov was stepping down from the band. Former drummer Joe Farrell was soon announced as his replacement. Come July, Frison announced he was relocating to Sweden and also stepped down. And soon after both John Ryan and Kieran Ball also announced they were leaving the band also. But before their final departures the band recorded a new single ‘The Hawthorn’ in Trackmix Studios.