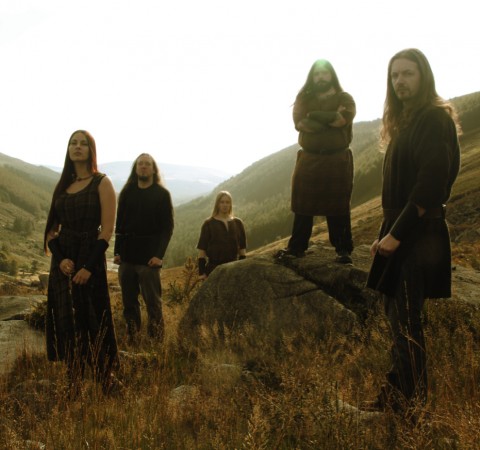 CELTACHOR began in the early months of 2007 with Stephen Roche and David Quinn. They recorded a demo in 2008, ‘Signs Of War’, but never officially released it. They became a full working band in 2010.

The band sees themselves as the narrators of Irish Mythology. The band’s main goal is to showcase their own vision of those stories, playing the music with passion and from the heart. They take influences from black, doom, and folk metal. CELTACHOR incorporate Irish whistle and bodhrán into the music to create an atmosphere wherever possible. With a full line-up in place they released their official debut CD, ‘In The Halls of our Ancient Fathers’ in 2010. And released their first album in November 2012. CELTACHOR has shared the stage with the likes of: Skyforger, Primordial, Heidevolk, Suidakra, Cruachan, Wolfchant, Alestorm, Mael Mordha, Waylander,Belenos, Thurisaz, Nothgard, Darkest Era.