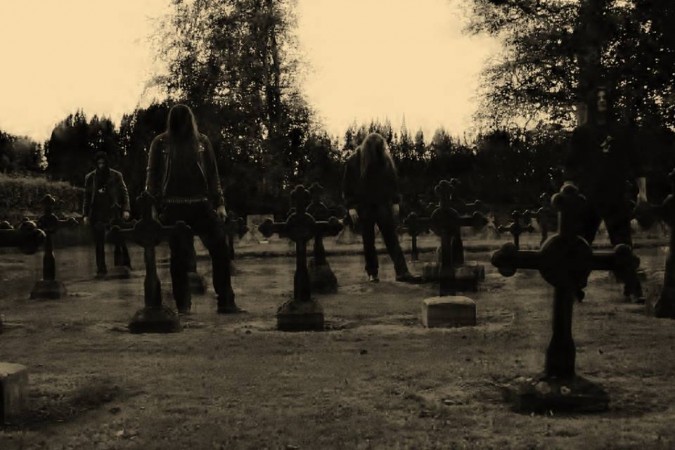 MALTHUSIAN are a Dublin based Death Metal outfit who quite literally exploded onto the local Underground Scene. Not surprising really considering that all of the bands members have been and are currently in some of the countries best metal acts. MOURNING BELOVETH, DECAYOR, WRECK OF THE HESPERUS, ABADDON INCARNATE, SODB, ALTAR OF PLAGUES, ON PAIN OF DEATH… and more!

They’re a pretty sinister sounding band. Even though their delivery can be quite manic and relentless there is eerie bleakness to their tracks. Multi-faceted and layered vocals from each member, while not varying in style, are utilised to add to the overall chaos.

They initially recorded four tracks to date! Three of which were released on their debut demo “MMXIII” out on Invictus Productions. The fourth was planned to be released as part of a future split in 2014, but as yet has still to see an official release. And as of the April 2015, the three track “Below The Hengiform” EP has been released, again through Invictus Productions.

Late 2018 saw the band release their first full length album “Across Deaths”. By the time of it’s release guitarist and vocalist Andy cunningham had parted ways with the band. Tom McKenna (GRAVE MIASMA, SCYTHIAN and more) who had filled in on guitars for AC on the bands US tour in 2015 later joined as full-time member in 2019.