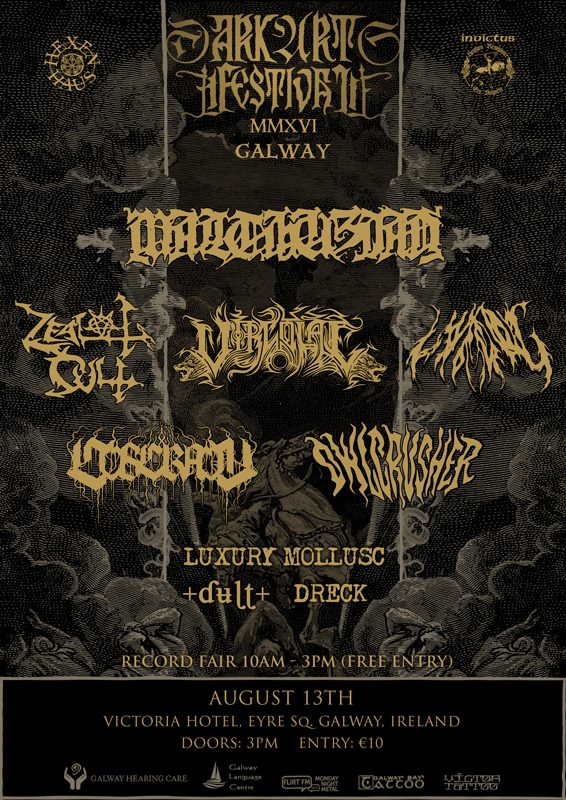 Due to noise complaints during Galway arts and race week, management very kindly decided to cancel our booking In the Victoria Hotel Galway club (only one week before event).  Given such short notice we were left with very few options in a limited timeframe, but Sally Longs rock bar has stepped in and agreed to let us run the event from 4.30pm.

This event will now be FREE admission!

Unfortunately Record Fair and Dreck noise act has to be canceled! 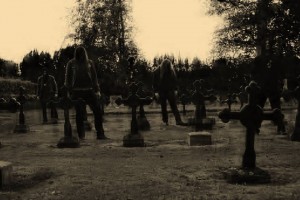 Headliners, internationally acclaimed MALTHUSIAN are currently the the biggest name in Irish Death Metal playing at international festivals and gigs far and wide. Their brand of poisonous Death/Black/Doom metal pushes the notion of malthusian theory where the human population have reversed their growth as they have exceeded their agricultural output requirements.

Currently working on their first album, Dublin’s VIRCOLAC are another of Ireland’s most prominent Black/Death metal acts who have been pushing their 2015 demo and 2016 Feraliminal demo.

Limerick’s ZEALOT CULT going since ‘08 have released one of the best Irish death metal albums, Karmenian Crypt, this year in the vein of Obituary/Deicide, recently signed to Blood Harvest. 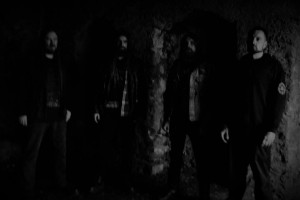 UNYIELDING LOVE, on their second release this year after exploding on to the scene last year with their crazed live acts featuring drills, saws etc. in a tirade of carnivorous noise bring the true meaning of grindcore to the fore.

COSCRADH released their first Black/Death/Doom metal demo this year on the Invictus label to a slew of positive reviews and are currently working on a split LP with Florida’s Caveman Cult.

The mysterious OWLCRUSHER from the north have been running for many years have not released anything to this point other than ‘The Spoiler’ a frightening display of Doom/Black metal have appeared at many irish mini metalfests and gigs throughout the years stunning listeners with their hypnotic and chaotic sets.

Dublin’s LUXURY MOLLUSC is a long running Irish noise act who has released his latest horrifying single ‘Hyphen Ergot Hymen Reflux’ has repulsed listeners all over europe with his live acts. The witchy +Dult+ is an new, impressive Dark Drone/Noise act from Limerick first heard of in 2015.