In my opinion, MALTHUSIAN are one of the best acts our little island has to offer. With two great releases “MMXIII” and “Below The Hengiform” via Invictus Productions. The bands guitarist and Vocalist, Andy Cunningham, recently took the time to answer some questions before their intended (and unfortunately cancelled) return to Cork last June. 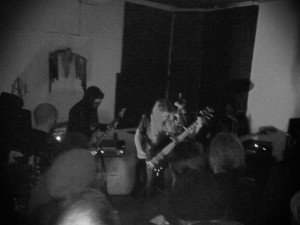 ‘Obviously with all the bullshit surrounding the closing of the Print Shop in the last week that gig has been cancelled. It is a massive shame. Whoever was behind getting that space closed down is a sneaky fuck and has absolutely no interest in harbouring creativity within the local community down there. It seems more like a personal gripe than any genuine concern for people’s safety, alas, that’s how it goes sometimes. We really hope we can get down there soon to rip a few heads off with ZEALOT CULT as it’s always a fun night out in Cork.

How do the band feel about your progression from those days to now?

As for our progression, it is as always slow and steady, but we are making decent inroads in terms of the writing of our album. One song is complete, namely ‘Remnant Fauna’, and we have a couple of others in the works as well. We take it a song at a time usually but we have ideas for two or three on the go now but they might all end up as one big fucked up song or may end up on the scrapheap, only time will tell. I have all of the lyrics written but they constantly undergo tweaking and a vigorous editing process as I try to pare them down to the essentials. Fun, creative times’.

Back in 2015, I interviewed you also, in which Martyrdom Festival in NYC and a mini-tour on the East Coast was brought up. It’s not something bands from this isle regularly do (to the best of my knowledge), going over to the states, so how did it go down? Was the material well received by metal fans stateside?

‘It went really well. Unfortunately Matt couldn’t make it over so Tom McKenna from She’ol/Hellsworn/Dragged into Sunlight came with us. He had the songs down really tight despite us not even having a single jam with him before gigging. A legend of a man. The gigs were all a lot of fun and we seemed to go down well so hopefully when we have the album out we will be invited back over there. We met some really cool people and had a great laugh with the maniacs from Imperial Triumphant and Mutant Supremacy. Lots of drinking and maggot acting along with a lot of noisy music made for a fun few days indeed!’.

Recent years, I guess, have seen the band tour extensively or perhaps more so than currently, supporting Primordial in the UK and Altar of Plagues on their Euro tour. The 13th of May in Fibbers, saw Malthusian play their first show on Irish soil this year, with the rest of gigs being played, or due to play on festivals in Europe. Is there a reason behind the band playing less dates than before? Focusing on writing new material?

‘We don’t really see the point in playing gigs in Dublin constantly seeing how small the scene is for this type of music over here. We would rather play one or two good shows a year than bore the fuck out of everyone by being in their face non-stop. We have been very lucky in that we have had those tours as well as the tour with Negative Plane and various other festivals too.

Oration Fest and Navajo Calling spring to mind as being polar opposites but both being massively fun and rewarding for us. Being in the beautiful hills outside Parma on a farm for a few days and getting to play directly before Mortuary Drape with a full moon hanging directly above the stage was unreal. Then heading to the snowy and beautiful Reykjavik for a week to share the stage with SLIDHR, REBIRTH OF NEFAST, Svartidaudi et al was another mind blower, too.’

How was the experience of playing in Iceland, considering the current scene that they have?

Iceland was incredible. The festival was deadly, professionally run and great fun. Getting to witness the first ever REBIRTH OF NEFAST gig was very special, as you can imagine. We were the very last band of the weekend which was quite an honour for us. Hopefully some of the other great bands operating at the minute here will get offered similar opportunities as it feels to me like the scene is really strong at the minute and there is more interest internationally than ever before’. 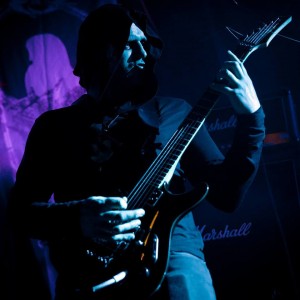 March saw you play London and Glasgow for Doom over London and North of the Wall. August saw MALTHUSIAN headline Dark Arts Festival in Galway on the 13th and you feature(d) in Beyond The Gates, 24th – 27th in Norway. Are the band looking forward to hitting Norway for the first time, considering the impact the country has had on extreme music?

We have a few tasty gigs lined up for later in the year. As well as the ones you mentioned we will be playing at Rites of the Black Mass in Romania and another trip to London to support Angelcorpse so we have enough there to keep us occupied while focusing on the album writing too. I can’t wait to visit Bergen, it just looks like a beautiful city so that will be an extended holiday as we take in some of the local culture, food and drink. It helps that there are some exciting bands playing on the lineup’.

Considering the amount of live shows the band has been a part of now, is there any particular band/bands you enjoy sharing the stage with? Do you’ve any recommendations for our readers to check out, Irish or otherwise?

‘SLIDHR, REBIRTH OF NEFAST, Bolzer, PRIMORDIAL, Dead Congregation, Spectral Voice, Blood Incantation, ALTAR OF PLAGUES, Negative Plane… the list of killer bands we have been lucky to play with is fucking ridiculous. When we started out our aim was to release a demo that we felt was up to a standard that these bands operate at so to have had the opportunities to actually share a stage with these bands is mind blowing. It never ceases to give me a buzz when I look at the lineups we get added to, it’s a nutty situation and a massive privilege.

COSCRADH’s demo is unreal and well worth checking out for people into filthy ugly death. SNOWBLIND recently kicked my arse supporting Slough Feg and are worth checking out. SPERMICIDAL, ZEALOT CULT, GOURD, BENEATH THE SOD, CORR MHÓNA, UNYIELDING LOVE, TERMINUS… There are a lot of great local bands operating at a high level within various styles of metal’. 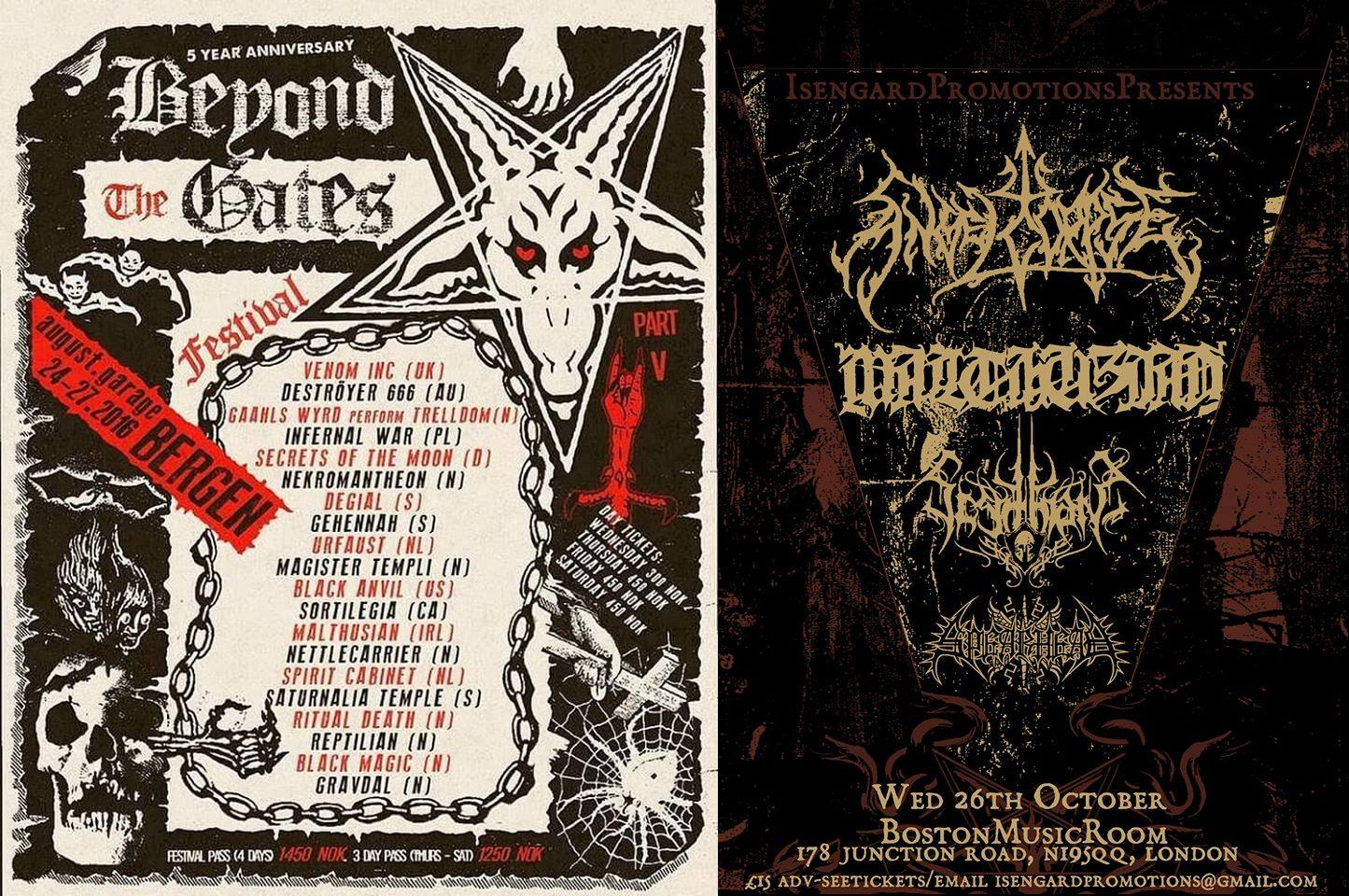