What a better choice on culture night to catch up with some familiar faces and some excellent bands?  The Crane Lane has steadily been delving into the area of heavier live music for a while now but many were impressed to hear that they were hosting this line-up tonight.  The choices available in the city have long been lamented but hopefully some others might begin to start picking up the slack.  It pays to have persistent and dedicated organisers such as Pyre Promotions behind it all. 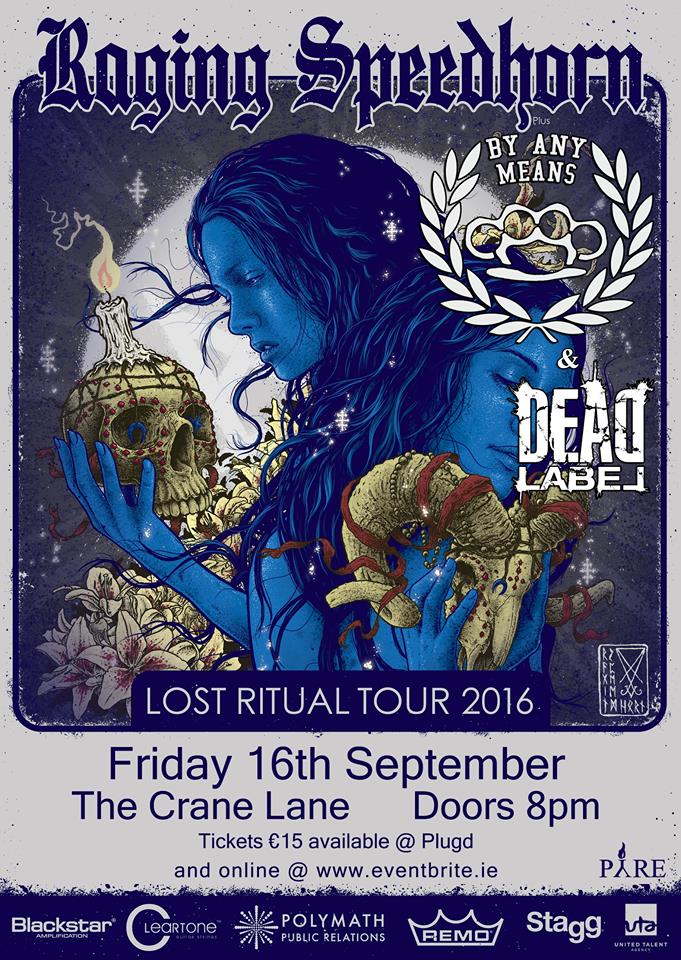 Unfortunately, due to the time that it started, I missed openers Dead Label.  It is strange to find gigs kicking off on time in Cork still.  I am far too used to arriving late and having the bands still sound-checking!  It is a damn shame as well because their second release ‘Throne of Bones’ was mightily impressive upon hearing it.  Hopefully I will be able to catch up with them sometime soon.

Belfast lads By Any Means were on stage when I got in.  They have been doing the rounds for a few years now and have built up an impressive stage presence.  Despite the loss of founder members Dave Lyness and Byers, the band are a well-drilled unit.  Having formed to fill a void in Belfast at the time in 2009, they have built from a strong base to where they are now.  Support slots to the likes of Madball, Terror and Agnostic Front have been built on to where they played across the UK with tonight’s headliners.  The crowd is still arriving at this point but most head straight in when they hear what is going on.  The band have released two EP’s and one album so far and the band base their set around that.  They are a hardcore band and no messing around with that.  Songs like ‘By Any Means’, ‘Life Support’ and ‘Life support’ soon get the crowd going.  A cracking version of ‘The Hammer’ by Motorhead brings their set to a satisfying conclusion. 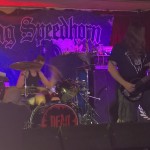 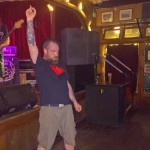 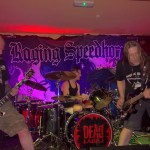 There is a certain degree of trepidation before regarding the headliners set.  Almost a decade ago has passed since they last played here and it was somewhat of a messy affair.  The band themselves have admitted that they were not in the best state at the time and a breakup was needed.  They took the space to experiment with different sounds and to have a breather from each other.  Dave Thompson stated afterwards that ‘grown men were in tears when they came back together’.  Since that initial toe in the water at Damnation Festival, they have backed it up with an appearance at Sonisphere and tour across the UK this year.  To make the reunion even better, they released an album which has been getting a lot of positive reviews.

Vocalist Frank Regan, who was out of the band last time they were here, out in the crowd before anyone else might have filled some with dread but that is quickly dispelled when the rest of the band kicked into ‘The Hate Song’.  Always one of their best songs and absolutely punishing live.  And they deliver in spades.  Many bands will reform just to play their early material and take an easy pay-check.  The inclusion of numbers like ‘Bring Out Your Dead’ and ‘Dogshit Blues’ get the same level of response as the early stuff.  Frank Regan along with John Loughlin have a great combination and are backed up with great players.  The crowd is getting bigger and especially when they start kicking in the material from their first two albums.  ‘Scrappin’ the Resin’, ‘Redweed’ and ‘Super Scud’ really start to get the crowd going.  Perhaps some of us are a bit, ahem, more mature than the last time they appeared at An Cruiscin Lan and Nancy Spain’s but there are still enough to set off a couple of mosh-pits. 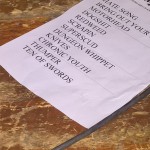 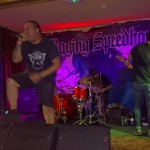 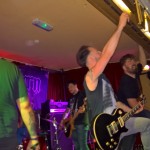 We were maybe not going to go as mad as what we would have done in 2000 despite Frank’s demands.  To show the connection between the band and crowd, members starting playing straight from the audience.  Guitarists Jim Palmer and Jamie Thompson, along with Dave Thompson make the most of their interaction with the people there.  We were not going to start beating them up but it certainly made things a lot of fun.  Cracking out a series of numbers from their debut album like ‘Dungeon Whipper’ and ‘Knives and faces’ further emphasise that.  There is clearly a lot of love for the band whether it be new or old fans.  The planned encore of ‘Thumper’ and belting new song ‘Ten of Swords’ develops into series of random cover jams including KoRn at one stage. 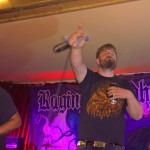 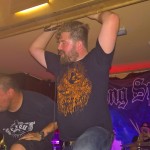 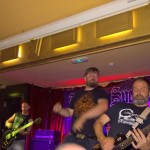 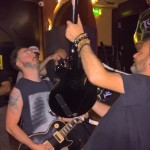 The overriding emotion from the band was satisfaction.  All they could ask as if everyone enjoyed it as much as they did.  They were aiming to have a series of Irish dates as soon as they reunited and especially back in Cork.  If they are in this sort of form, hopefully it will not be long before they are back.