NEGATIVE PLANE kicked off their European Tour on the 15th of July in Dublin, Ireland with support from some of Ireland’s finest metal bands of recent years… VIRCOLAC, DREAD SOVEREIGN and MALTHUSIAN who are joining them for the rest of the tour across Europe.

This is my second visit to the Voodoo Lounge, as a venue for metal gigs and for gigs this size I find it rather suitable venue, it feels up close and personal to the bands. Tonight was also my second time seeing VIRCOLAC, who I feel were unfortunately let down by technical issues, the sound wasn’t great for them but you can’t deny their quality. A good set which featured a SAMAEL cover and a powerful rendition of ‘Effigy'”, which would have been even better if they weren’t troubled by the sound issues. 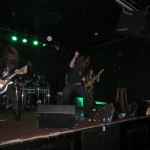 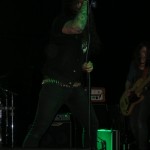 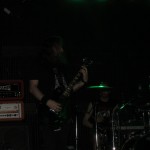 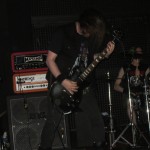 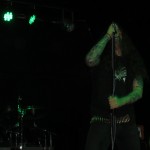 I wasn’t sure what to expect from DREAD SOVEREIGN, having never heard them before tonight but knowing what to expect from vocalist/bassist AA Nemtheanga of PRIMORDIAL on stage I was fairly excited, it’s clear to see that he knows how to entertain and he has real stage charisma, unfortunately the slower sections of DREAD SOVEREIGN left me wishing they’d play a bit faster as it seem like the songs could have finished a lot quicker and had more punch. 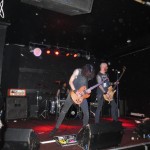 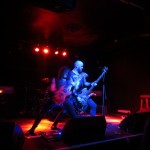 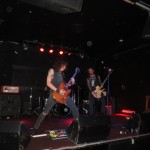 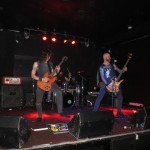 Now, time for MALTHUSIAN a much more familiar band for me, every time I see them I don’t have much faults although I wished they played ‘The Mother’s Blade’ tonight but it was an excellent set nonetheless covering songs from “MMXII” and “Below The Hengiform” which finished off with the brilliant ‘Forms Become Vapour’. 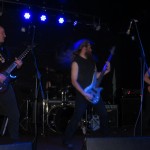 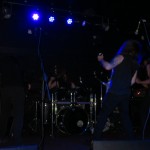 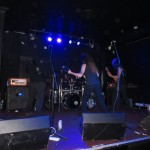 American black metal purveyors of chaos and the occult NEGATIVE PLANE arrive on stage in billows of smoke and red lighting. This band has such power in their music that they create such an eerie atmosphere. Some of the atmosphere comes from the dark, psychedelic elements of their quieter sections which I feel really works well in the live setting. ‘Angels Of Veiled Bone’ a particular highlight for me. 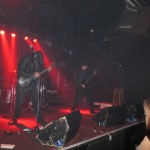 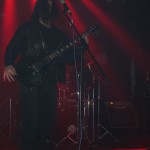 Review and Photos by Luke Hickey