AC from MALTHUSIAN, WRECK OF THE HESPERUS, formerly THE STATE PATHOLOGIST… and the man behind The Winding Sheet zine takes the time to answer some questions with the Irish Metal Archive’s Luke Hickey! 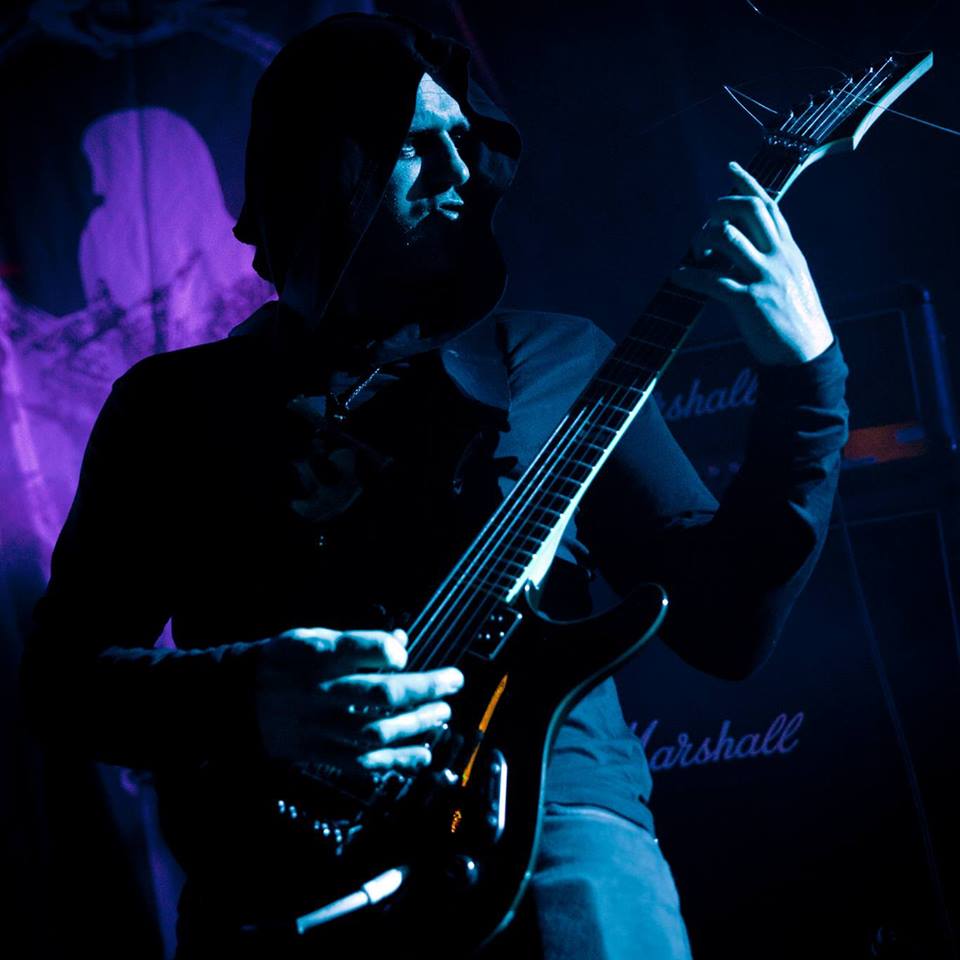 (LH) Lets start off with Malthusian, can you discuss how the four of you came together to form this band, as from what I understand Malthusian was in existence for sometime before MMXIII came out?

(AC) Matt and Johnny started jamming on and off together sometime in 2010 or 2011 with the idea of writing death metal with a dark and morbid slant, the sort of stuff that had been lacking in the local scene.
In 2012 they asked myself and Pauric to join them and it was apparent pretty early on that we were doing something exciting- at least to us. The sound began to take a few other turns as we hammered them out over a year or two, with elements creeping in from black and doom metal. While ultimately I think the band are a death metal band, calling it black death doom pretty much covers up every angle and keeps our options open in term of where we can take the sound over time.

(LH) From the get go, Malthusian made quite a stir both at home and abroad, what was the feeling amongst the band at this reception from fans and critics? Was this reaction anticipated by the band?

(AC) We planned to take the band out on to the international stage from the start, if the offers were there for us, but we had no idea how people would take to it. We were probably confident that locally people would like it but when you cast the net out you never really know what people will think as the international scene is so packed with excellent bands with new ones popping up all the time. We didn’t know if people would either think it’s shite or even just be excited for five minutes and then move on to the next cool new band. The reaction we received at home and abroad has been mostly really positive and that feels good. We aren’t too cool to say that it has been a buzz to be asked to travel to other countries to play and to share the stage with other bands we really like.

(LH) Personally, I think in the live setting is where Malthusian particularly shine, my 1st time seeing you live was at the Cork Community Print Shop. Have you any fondness for any particular gig? What was it like getting the call to fill in as the main support for Behemoth? 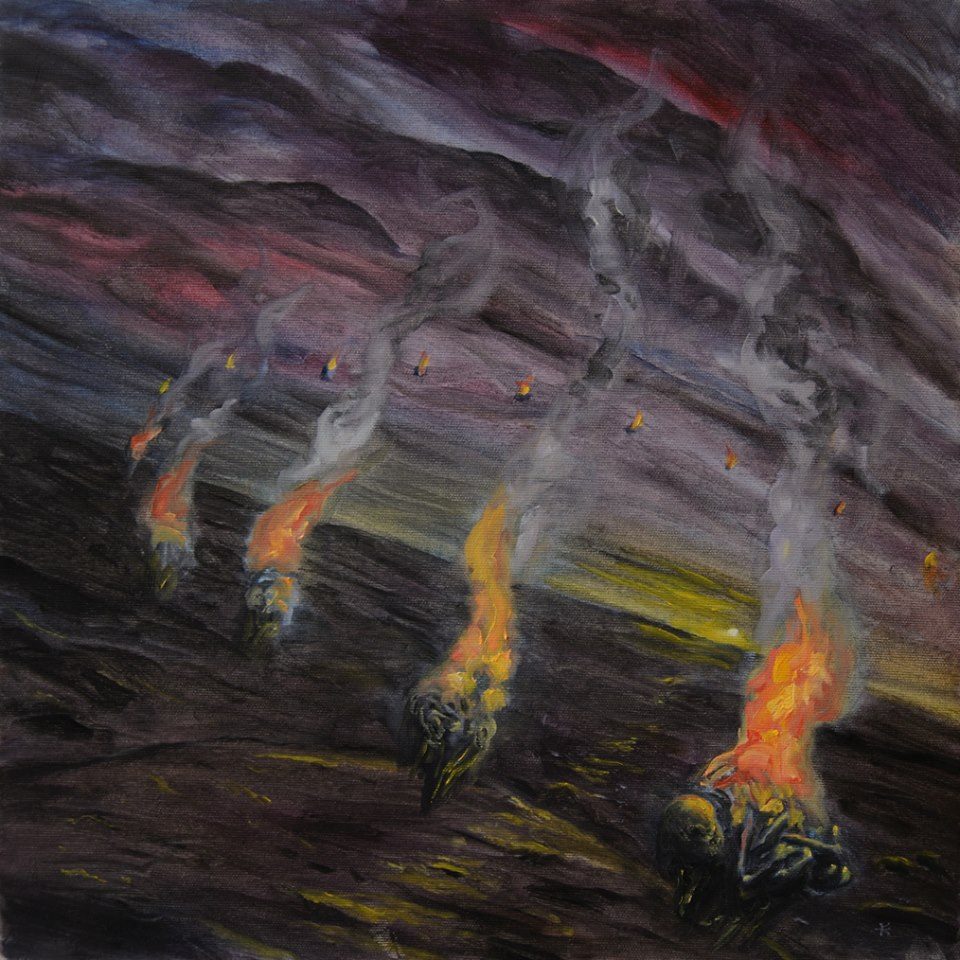 (AC) We enjoy playing live. With two tours (and a small UK tour) done now we are more confident than ever with how tight we are. It’s always a bit hit and miss as to how it will sound out front but there isn’t much we can do about that. We know the songs inside out at this stage and once we have a decent stage sound we usually get into the atmosphere. Personal highlights for me would be the Liepzig gig on the Altar Of Plagues tour where we played in a really old, beautiful cinema. It wasn’t the best gig we ever played and the crowd wasn’t even the best we played to but the venue was amazing. On the same tour we played at a squat in Berlin called Tommy House and that was probably my favourite gig we have played just in terms of the buzz. Looking down from the stage to see a couple of hundred people getting into it, headbanging and rocking out was an adrenaline rush. We have been slack on using our visuals the last while for various reasons but we hope to maybe rework that side of things and reintroduce it soon as it adds another level of intensity to our live show. The Behemoth gig was total stress for us as we were asked to fill in at the last minute and I was driving around picking up the lads from all around Dublin to get us to the venue for soundcheck. The traffic was brutal, the car was hot and steamy with the four of us crammed in without gear and the heater on trying to demist the windows. The gig itself was OK but I think we were just frazzled by the time we played and I know I just wanted to get through the gig alive… Not sure how we went down as Behemoth seem to draw a different crowd than we’d usually play to, but that’s always a good challenge.

(LH) 2015 has continued to prove fruitful for Malthusian with two European tours supporting Altar Of Plagues and Negative Plane, and the release of “Below The Hengiform”, how do you feel this year has gone for the band so far and what does the rest of the year have in store for Malthusian?

(AC) Yeah, it has been great and it’s not over yet. Two fun tours with other great bands and lots of countries visited. Can’t complain with that at all. It was so good to get the EP out as well as we feel it is moving ever closer to a definitive sound, though that is the never ending quest for every band! For the rest of the year we have a few more gigs lined up. We are off to Parma in Italy to play at a cool little festival called Navajo Calling in a couple of weeks. We will Hit New York in November for Martyrdoom Fest which has an unbelievably savage lineup (Ride for Revenge!), and we will also do a small East Coast tour while we are there. In between those trips away we will be playing in Dublin as part of the Fires of Samhain festival, another deadly lineup. Somewhere in between all that we will be writing new stuff. 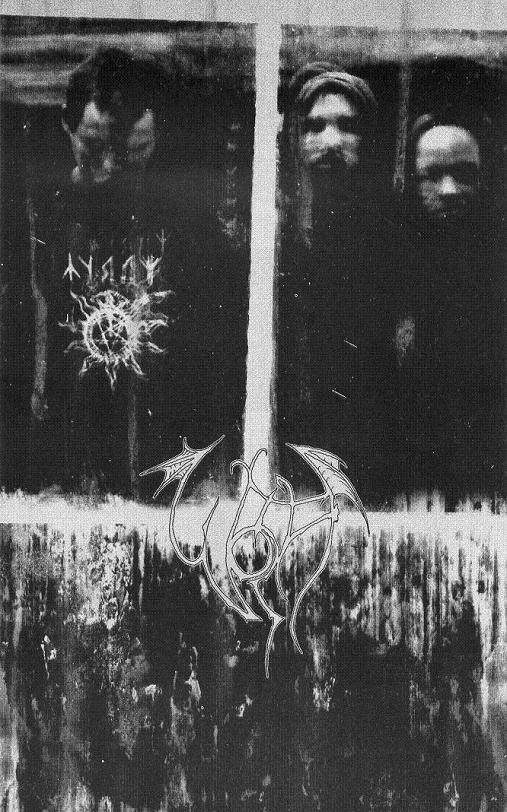 (LH) You’ve probably been asked this many a time by now, but are there any plans for a Malthusian album?

(AC) Yep. We are slowly getting started on that and there are ideas there but it won’t be out any time soon. We’ll take as long as we need to do it properly.

(LH) Your also involved with Wreck of the Hesperus, and recent news is that you’ve got a 3rd album in the pipeline. My first experience of Wreck of the Hesperus was picking up the “Long Streak Of Misery” cassette. For those new to WOTH can you describe this band to them? Also how far along is the 3rd album?

(AC) Wreck of the Hesperus has been going for eleven years (nearly twelve) and we are a weird doom band who play with noise and repetition. We refer to it semi-seriously as Mental Funeral Doom. It’s slow, it’s noisy, it’s ugly, it’s experimental without being pretentious shite. Or maybe it is pretentious shite but at least it’s noisy! We have a new album due out as soon as the stars align like a ten car pileup and their light rots out eternally. It’s called ‘Sediment’ and will contain two twenty-something minute long ‘songs’. Expect the worst.

(LH) With a new Wreck Of The Hesperus album on the way, is there any plans for live shows? If not, is there potential for one off gigs?

(AC) Nothing planned yet but who knows. We’ll play it by ear.

(LH) Recently, you’ve got your zine ‘The Winding Sheet’ published with the help of Invictus Productions, and from what I’ve, it’s been received very well. How long has it taken for this dream to come to fruition? What was the feeling like seeing your zine published?

(AC) I was working on it properly for about a year and a half. It takes time to get the interviews back in and then there is always a wait with layout and that stuff. I’m shit at all that organising crap so having Brian VDP handle the layout under my instructions and getting Invictus to print it up was the only way it would ever have turned from a bunch of files on my computer into a physical artefact. Issue number two is coming together very nicely.

(LH) I understand it took a while to get the aforementioned issue out.
Do you see future issues of The Winding Sheet coming out on a more regular basis?

(AC) I have no interest in setting any kind of deadlines with it, to be honest. I’d rather allow the bands take whatever time they need to sit down and think about what they want to say and give me good in depth answers that will remain relevant to the reader in five years’ time and beyond. That has worked out well for me so far as most bands have returned really great, interesting and revealing answers which is more important to me than getting out x amount of copies every year. The whole nature of the zine is focused on getting away from the vacuous celebrity culture that has crept into metal journalism the past few years and focusing entirely on the bands, their music and their creative impulses because, as far as I’m concerned, that’s more interesting than reading how great mates the writer is with every band on the planet! How fucking boring is that…

(LH) The current Irish scene with Malthusian, ZOM, Vircolac, etc… How would you rate the scene at the moment at home? Who has been on your playlist recently either Irish or international?

(AC) There is definitely a buzz here at the minute with the bands mentioned, Slidhr, Rebirth of Nefast, Wild Rocket, Terminus, Rabid Bitch of the North and a few others all doing their own thing and doing it well. There are a couple of other bands waiting in the wings so hopefully we’ll soon have some more stuff to get excited about. Recent stuff I’ve been listening to in the car on the way to work has been Guns’N’Roses and Winterhawk- not exactly new, hehe. Also the new Terminus album is crushing my skull as is the Solstice demo collection. The Brånd demo has been kicking my ass, too, along with Askeregn and probably tonnes of other bands that are escaping me at the minute.