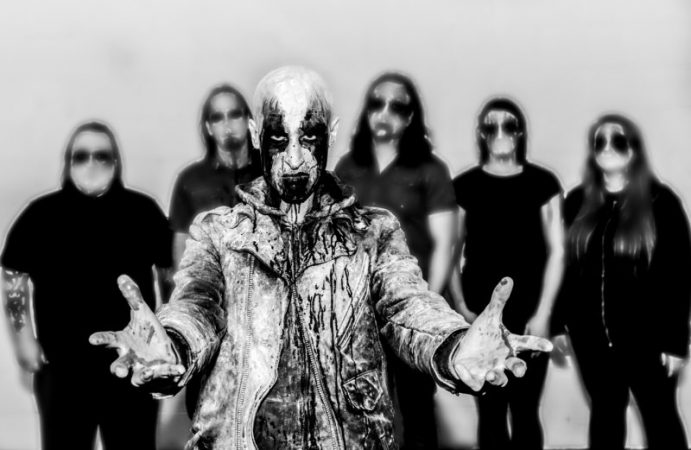 The band decided to hold off releasing a full album and released one more EP, this time on a much larger scale. Therefore “The Great Miasma” came into being, a story driven concept spanning three songs. Each song taking its listener through a different chapter, following the ritualistic sacrifice, possession and wrath of a young girl to appease an ancient god.

With “The Great Miasma” alone, the band were able to take a huge leap forward, securing headline slots at Hammerfest, Manchester Death Feast, plus many supporting slots for big name international acts such as, ACKERCOCKE, HECATE ENTHRONED, PESTILENCE, MORTIIS and SIKTH.

There was enough spotlight on the band to take things to the next level and start work on the debut album. “Blessed by Embers” was written over a 2 year period, while being recorded, mixed and mastered by Saul McMichael in his home studio. At the same time Saul, Lee and Steve were working on a WAYLANDER album, with the aim to release both within a month of each other. But due to tour and festival commitments with WAYLANDER, “Blessed by Embers” was intentionally delayed for an additional 12 months to give it its own dedicated time in the spotlight. This time was used to recruit Sarah Decay on keyboards and clean vocals, to elevate the bands live performance to match what was being produced in the studio.

Pandemic woes struck during 2021 when both Steph and Sarah both announced their departure from the band. And by early 2022 Steeve Reynolds had also announced his departure. A few months later the band announced their first show since before the Pandemic as support to Plish blavck metallers MGLA in Belfast on the 15th May 2022, where the new line-up officially welcomed Madre Tortura on vocals and Chris King on bass.