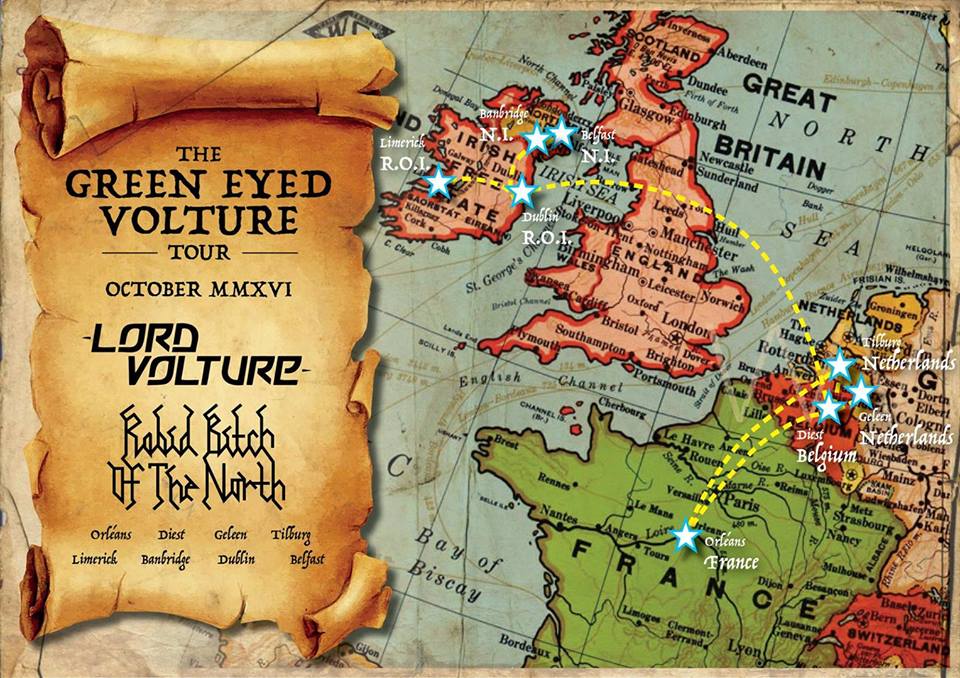 Yet another ripping tour package doing the rounds in the build up to to both the Siege Of Limerick and Distortionfest in Belfast. ‘The Green Eyed Volture Tour’ with Dutch outfit LORD VOLTURE hitting the Irish roads with Northern Ireland reprebates RABID BITCH OF THE NORTH.

Having hitting venues in Tilburb (NL), Amsterdam (NL), Diest (BE) and Geleen (NL) in the last week, both bands now have their sites set on attacking O’Reilly’s Bar in Banbridge, Co. Down on the 27th October (TONIGHT!!!) , then heading down to On The Rox, Dublin on the 28th before heading back up North to Belfast for Distortionfest on the 29th, and finally rounding out the tour at the mighty Siege Of Limerick on Sunday the 30th October.

LORD VOLTURE are a Dutch heavy metal outfit in the tradition of Judas Priest, Iron Maiden and Iced Earth, led by vocalist David Marcelis. After an explosive take-off in 2010 with the release of debut album ‘Beast Of Thunder’ (feat. Jeff Waters of Annihilator) the band rapidly rises to find themselves in the frontier of Dutch Heavy Metal. With their sophomore release ‘Never Cry Wolf’ (feat. Sean Peck of Cage) in 2011 the band set their definitive style while increasingly gaining recognition everywhere they’re heard. The album thunders through the global metal community and reviewers worldwide count the album among the best releases of 2011. This massive exposure opens doors to many festivals and support slots and, as a result, LORD VOLTURE have shared the stage with Y&T, Primal Fear, Firewind, Circle II Circle, Tim Ripper Owens, Blaze Bayley, Vicious Rumors, Tygers Of Pan Tang and numerous others, while touring through the larger part of Europe, including UK, Ireland, the Netherlands, Belgium, Germany, Denmark, Estonia, Latvia, Poland, Czech Republic, Slovakia, Hungary, Austria, Switzerland, Italy, Spain and France. A new head-on LORD VOLTURE metal album entitled “Will To Power” was released in September 2014 on Mausoleum Records. The album contains 9 killer songs and a guest appearance by former Megadeth guitarist Chris Poland. Sharper than ever, the band are ready to unleash their third chapter of high-pitched power vocals and mind boggling guitar solos onto the world. For all who bear a heart of steel, LORD VOLTURE is a definite MUST! 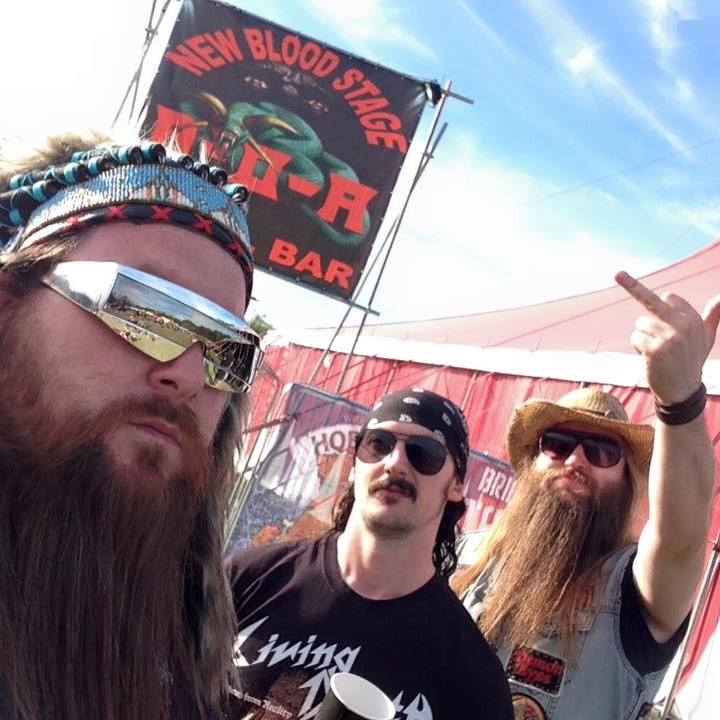 RABID BITCH OF THE NORTH are a three piece heavy metal band from Belfast Northern Ireland. They are very much inspired by traditional heavy metal bands and associate themselves with the NWOBHM and it’s descendants. The bands musical character and individuality is very important to their ethos and ultimately they aim to be themselves. They like to play fast, hard, heavy and with fury!