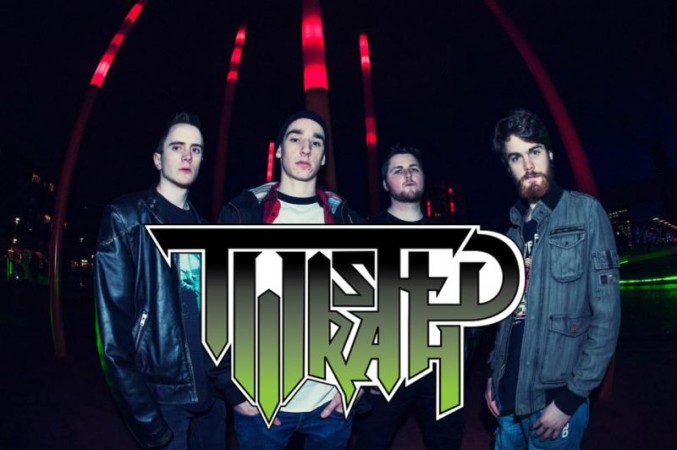 Originally formed back in 2007 as REBORN. They released a couple of demos under this name. The first being an 11-track self-titled demo in 2008, and the second “Blood And Hell” the following year. Come 2010 and after some line-up changes the band travelled to LSD Studios in Lubeck, Germany with European producer, Lasse Lammert (ALESTORM, GLORYHAMMER) to record their “Hath Fury” EP. This EP was initially released online as REBORN, but they changed their name to TWISTED WRATH for the eventual CD released. And in January 2013 they recorded the follow up to “Hath Fury”, entitled “Madman’s Chorus”, once again with Lasse Lammert at the helm, showcasing a faster, heavier and more technical sound.

2016 saw TWISTED WRATH return to the fray with the “Jackals” EP officially released on the 2nd January. However on 21st September 2016, the band officially called it a day.

Formed originally in December of 2007, Twisted Wrath are three-piece Metal band currently based in Galway, in the west of Ireland. Formerly known as Reborn, the band began writing and recording as early as 2008, releasing two EPs by Summer 2009. Coupled with regular shows across Ireland, the band established itself as an active and energetic young band. Following the recording and release of the band’s 2010 EP, “Hath Fury”, recorded with Lasse Lammert of LDS Studios in Lubeck, Germany, for which the band received positive reviews at home and abroad, the band branched out playing shows in the UK, while acquiring coveted support slots with the likes of HELL and UFO. In this period, the band began working under the new moniker TWISTED WRATH

Twisted Wrath’s “Madman Chorus”, let loose in early 2013 (also recorded with Lasse Lammert of LSD Studios), which showcased a heavier and more vicious style, garnered praise both in Ireland and elsewhere, culminating in some of the band’s biggest gigs to date, most notably main support slots with rock legend MICHAEL SCHENKER, thrash titans EXODUS, and a sold-out concert with “Big Four” giants ANTHRAX.

The band’s newest project, “JACKALS”, to be released in early 2016, will showcase the bands progression into a darker and grittier style. This release was recorded by Ciaran Culhane of Shardborne and mastered by the accomplished Richard Dowling of WAV MASTERING (Carcass, Foo Fighters, Entombed, David Bowie), with the incredibly talented Santiago Caruso supplying cover artwork.