News just in this morning that Irish Metal Archive favourites TWISTED WRATH have announced they are to disband after their next three shows.

“After nearly 9 years since its original incarnation, TWISTED WRATH is coming to an end. Each of us will move on to different things and we all part on good terms as great friends. 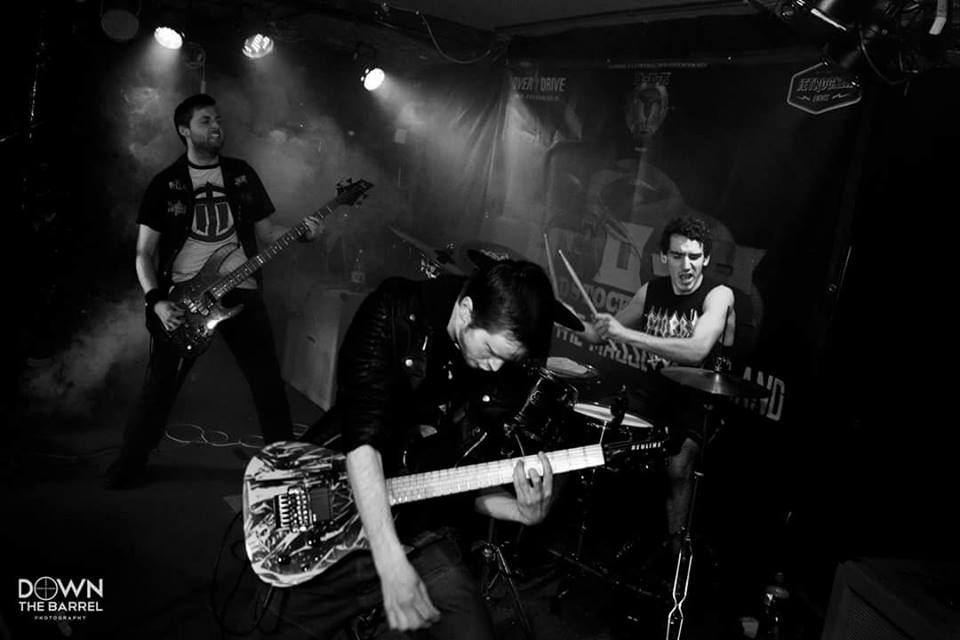 Photo by Down The Barrel Photography

Colin, David and I are happy to have put out some great songs and played with some phenominal local bands, as well as getting the chance to share the stage with legends like ANTHRAX, UFO, EXODUS and MICHAEL SCHENKER.

Thanks to all who have supported us, bought t-shirts and CDs or spent their hard-earned and precious cash to come to see us play.

Originally formed back in 2007 as REBORN. They released a couple of demos under this name. The first being an 11-track self-titled demo in 2008, and the second “Blood And Hell” the following year. Come 2010 and after some line-up changes the band travelled to LSD Studios in Lubeck, Germany with European producer, Lasse Lammert (ALESTORM, GLORYHAMMER) to record their “Hath Fury” EP. This EP was initially released online as REBORN, but they changed their name to TWISTED WRATH for the eventual CD released. And in January 2013 they recorded the follow up to “Hath Fury”, entitled “Madman’s Chorus”, once again with Lasse Lammert at the helm, showcasing a faster, heavier and more technical sound. 2016 saw TWISTED WRATH return to the fray with their “Jackals” EP, recorded by Ciaran Culhane (SHARDBORNE) and mastered by Richard Dowling of WAV MASTERING (CARCASS, FOO FIGHTERS, ENTOMBED, DAVID BOWIE). The EP was officially released on the 2nd January.