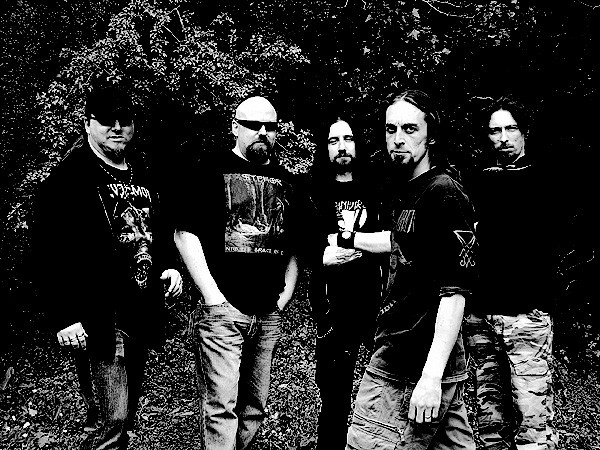 Dublin’s SYPHOR formed in April 2007 by Daragh Brennan & Jason Healy. The first line-up had Lar Fraser (VALEDICTION, PREDATOR) on vocals and Eric Fletcher (NEPHRIDIUM) on bass. Originally playing covers from bands such as DEATH, CARCASS and SLAYER while they developed their own sound and material. By December 2007, Lar had left the band due to differences and Eric left to concentrate on his other band NEPHRIDIUM.

Kingsley Renehen joined on bass and after many auditions Franco Buonocore and Dan Goulding joined on guitars and vocals respectively. With the new additions to the line-up a more thrash oriented style of writing took shape with Dan re-writing the lyrics to all the bands existing tracks. Once again the bands bass position became vacant and Dave O’Reilly joined. With this line-up solidified and all members contributing to song writing, SYPHOR released their first online single ‘War’ and quickly followed it up with the release of the ‘Zombie Moon’ EP. All tracks on the EP would also go on to feature on the bands debut album ‘Stained Glass Blasphemy’, which was released at the beginning of 2011. And the bands second album ‘For What Remains’ was released in September 2013.