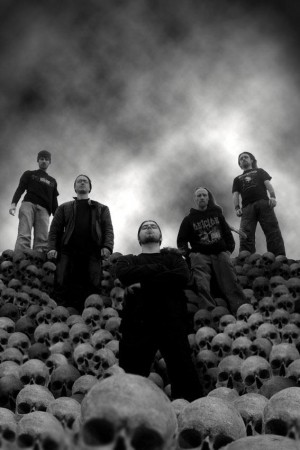 NEPHRIDIUM started in the year 2006 and quickly became known for their tight, aggresive live shows. This led to the band playing many gigs and establishing themselves as one of the best bands of the Irish death metal scene. In 2008 NEPHRIDIUM released their debut ‘The Great Wave EP’ which has received excellent reviews from critics from all corners of the globe. NEPHRIDIUM have shared bills with such great and well respected acts as SUFFOCATION, CEPHALIC CARNAGE, DISGORGE, IMPIETY and SPEARHEAD. In 2008 NEPHRIDIUM took part in Irelands premier, underground metal festival Day of Darkness along with acts like WATAIN, NEFILHEIM and UNLEASHED.