If you’re Irish and love your METALLL… Then there’s only one place you need to be this Sunday!!!

The time has come once more to cast off the shackles of everyday life and trek westward, to the windy settlement at the arse-end of the mighty Shannon. To shake off the moss and cobwebs from our long, cold, winter hibernation and re-kindle the Bealtaine embers in our bellies, so that the fires will roar once more.

This Easter Sunday sees Dolan’s in Limerick once more hosting the best of Irish and International metal bands. The ‘SIEGE OF LIMERICK – Earrach 2015’ is the first of this years Siege Festivals. A pilgrimage that many will take without even giving it a second thought. A great migrations of Ireland’s metal community. A crusade that is sure to leave many the brave soldier buckled, battered and bruised as a result of the impending carnage and just pure messiness that the day is synonymous with.

THERE ARE THREE FACTORS THAT MAKE THE ‘SIEGE OF LIMERICK SO ESSENTIAL…
ONE… The incredible array of local Irish metal talent that is always on offer!
TWO… It’s 100% FREE for punters! No door tax!
THREE… It takes place not just once, but twice a year!

It’s pretty safe to say that Limerick is well and truly fecked this Easter. Surrounded on all sides with the only route to escape being into the unforgiving Atlantic Ocean. Headlining this Easter will be a two-pronged assault, with UK, and part Irish, epic metal band SOLSTICE, a well seasoned and truly battle-hardened horde of warriors who have been soldiering on and off since the early 1990’s. The latest incarnation of this highly respected and revered band includes Paul Kearns on vocals, who many will know from his former glory days as frontman for two of Ireland’s past greats… FIFTH DOMINION and ARCANE SUN. Also co-headlining the event will be the UK’s doom titans from the misty moors of Dartmoor, THE WOUNDED KINGS. 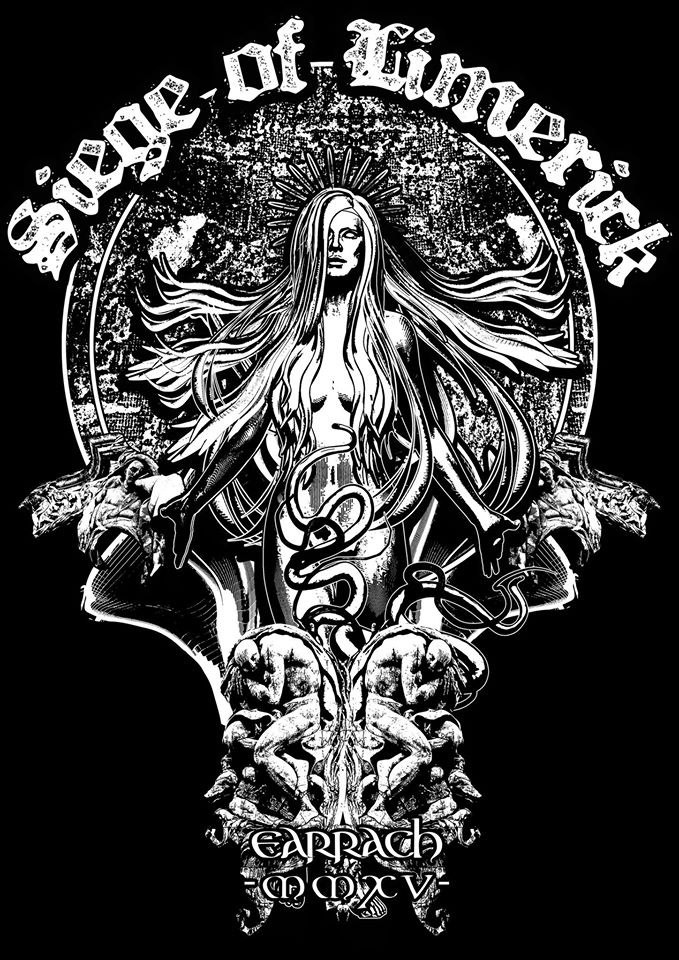 Other foreign troops joining the fray alongside twenty-six of our own Celtic horde of local metal will be female fronted UK doom metal band, ALUNAH. As well as Catalonian/Spanish alternative metal band RATHER BE ALIVE and German death metallers ISLAY lending their barbaric attack to the Siege. And our adopted Polish tribe THY WORSHIPER, who have reformed and re-camped to Dublin in recent years.

And lets not forget our own troops laying waste to all before the stage. Once again Limerick’s Bad Reputation have proven themselves masters of war and assembled an Irish force that includes some of the best metal bands that our Country has to offer. The West has offered up many of their own with Limerick’s technical, instrumental meastro’s SHARDBORNE and brutal death metal outfit ZEALOT CULT commanding the local defenses, including Galway’s incredible post/hardcore metal heroes ILENKUS (one of the best bands in the country today…) and Ennis’ upstarts RISEN flying ‘The Banner’ as they will be thrown to the wolves. Cork’s rebel alliance will fight alongside their Munster cohorts on the front lines with the mighty FOR RUIN leading an infantry including pagan warriors CORR MHÓNA, SEBEK (making a welcome return to the stage) and the mighty SOOTHSAYER, along with new rebel hardcore blood in BAILER and HORSE.

Further afield there will be a flanking eastern assault from Dublin death metallers SYPHOR and KILLFACE, thrash maniacs PSYKOSIS and the death/grind machine BREED THE KILLERS, who are sure to tear through any poor soul foolish enough to stand in their way. While the exciting WILD ROCKET will confuse and scatter the unsuspecting enemy. Leaving Drogheda’s alternative metallers  BLACK SVAN and the mighty riffs from ELECTRIC TAURUS‘s to pick off any scurrying rats deserting the Siege.

Finally! Our Northern brethren will also march on Limerick with a truly devastating arsenal of bands. The mighty OVEROTH will slash and cleave their way south, heading up a team of mercenaries including heavy doom hitters WAR IRON who will simply plough through and mercilessly crush all in their wake. Ably reinforced by the ever impressive ASTRALNAUT and BY ANY MEANS‘s undefeatable hardcore. With RABID BITCH OF THE NORTH, always hungry for blood, picking off any remaining survivors. Fresh cannon fodder for the Ulster insurgents will be provided from Cavan’s celtic infused RAW DAWGS, glam rockers MAVERICK and groove metallers ALTUS.

So! The only thing you need to ask yourself now, is…
Will you cower and hide away this Easter Sunday? Or will you lay Siege with the rest of us? 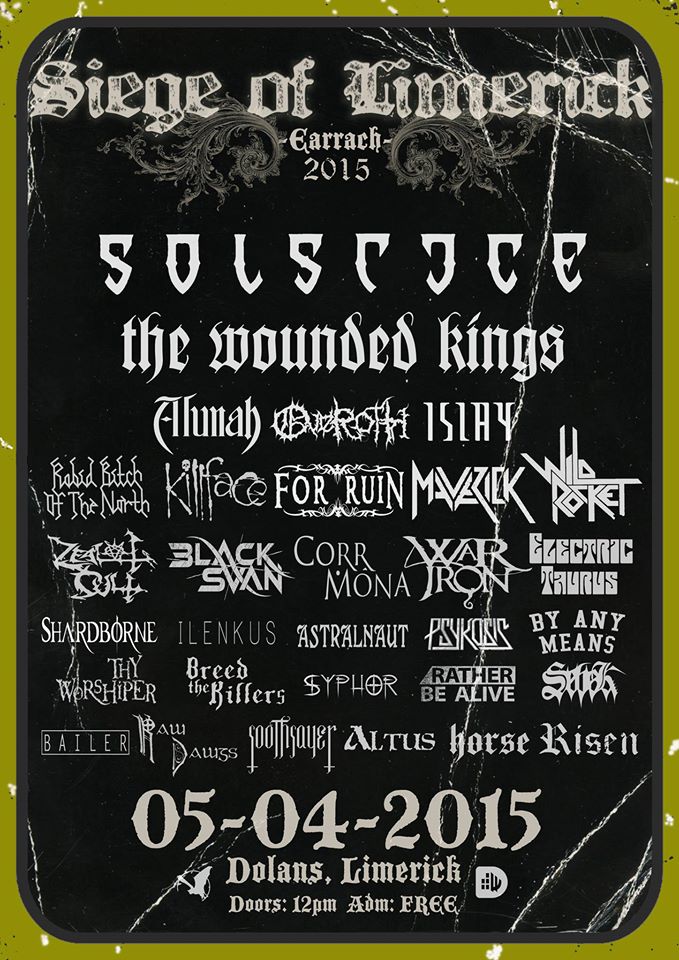 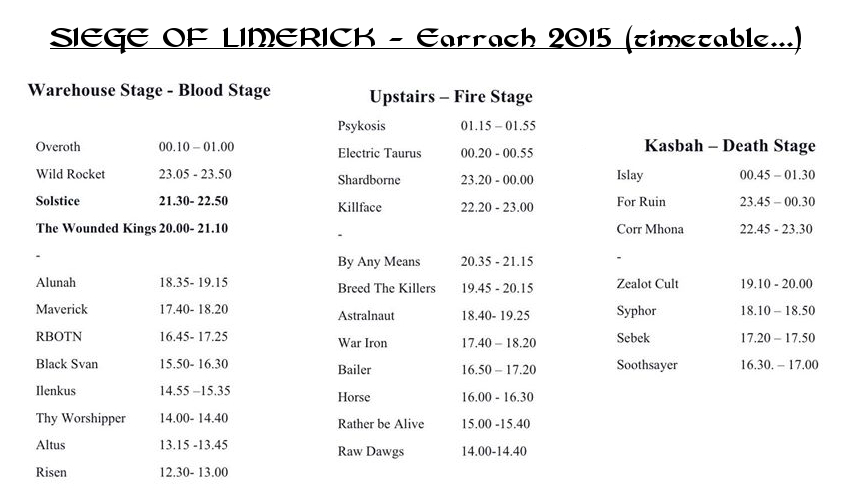