1. Spit of the Apostate
2. Belief Burned As Incense
3. Awaiting the Knife 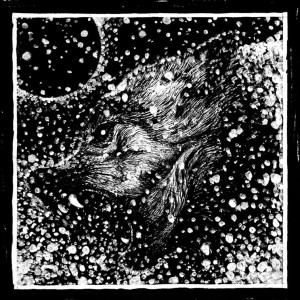 The recording line up for the MLP is Joseph Deegan handling vocals, guitar and bass, with SINMARA‘s Bjarni Einarsson again lending his talents on drums as he did on SLIDHR‘s previous “Deluge” album from 2013.  The MLP was once again recorded at Studio Emissary in Reykjavik under the masterful eye of Dublin man Stephen Lockhart, who has worked alongside SLIDHR mainman Joseph Deegan on many occasions in the past as producer and bandmate in MYRKR and HAUD MUNDUS. Artwork for the release was also created by Deegan.

No release date set in stone just yet, but “Spit of the Apostate” will be released through Terratur Possessions who have already released the title track online through the labels soundcloud page. A lengthy eight and a half minutes with a slightly cleaner production that displays a subtle progression from “Deluge”, while still retaining the trademark harshness and barren atmosphere. So all bodes well for the impending MLP release.

Always a much respected studio project in the past, SLIDHR will soon also be making the transition to the live stage with the bands first live appearances set to be announced in the coming months. Joining Deegan in SLIDHR‘s live incarnation will be three members of the current SINMARA line-up including his studio cohorts Stephen Lockhart (also REBIRTH OF NEFAST) on guitar, Bjarni Einarsson on drums, and Garðar S Jónsson on bass.
As soon as we know more about the bands first live shows, we’ll keep you posted.