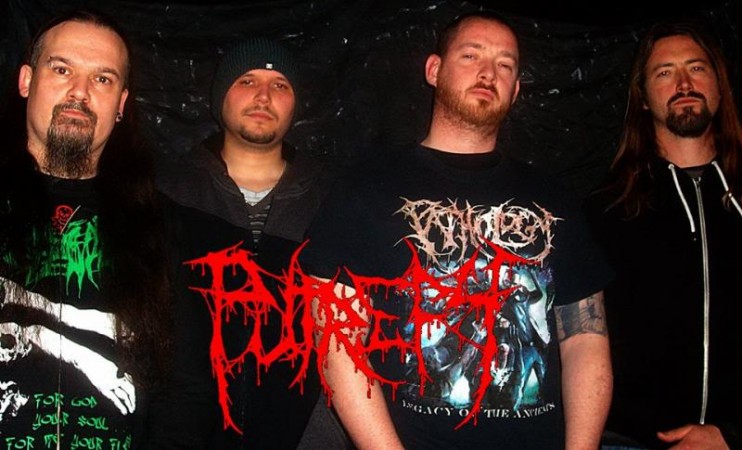 PUTREFY have been slogging it through the underground scene for over 20 years. They’ve released a plethora of demos, promos, splits, EP’s, and albums down through the years. A stable line-up has proved to be the biggest drawback for the band with drummer Jason McLaughlin being the only constant throughout and Connor Brown being in the band since around 2002.

Their latest ‘Knelt before the Sarcophagus of Humanity’ due was released in late 2014. And in a shock move just weeks before the albums physical release, Brown, Rankin and Duffy all quit the band to form their own group called ONCOLOGY, leaving founding member McLaughlin as the sole remaining member.