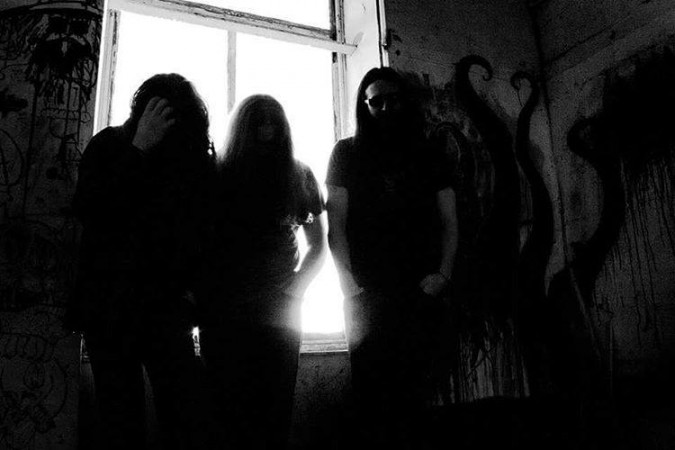 Nomadic Rituals are a heavy 3-piece Sludge/Doom band from Belfast, Northern Ireland. Current and only members consist of Craig Carson (Bass/Vocals/Synth), Peter Hunter (Guitar) and Mark Smyth (Drums). Formed by Craig Carson in July 2012, they came together looking to start something new. After a few months they (somehow unintentionally) released three self recorded tracks which then became their demo “DFWG”. With growing interest the band started to gig and gain momentum. Since the demo was not the ideal sound they wanted, they set their goals on recording a full length album in late March 2013 with the tal­ented aid of Niall Doran at Start Together Studios, Belfast. Once this was secure the band enlisted the renowned James Plotkin to master the record, which they titled “Holy Giants”.