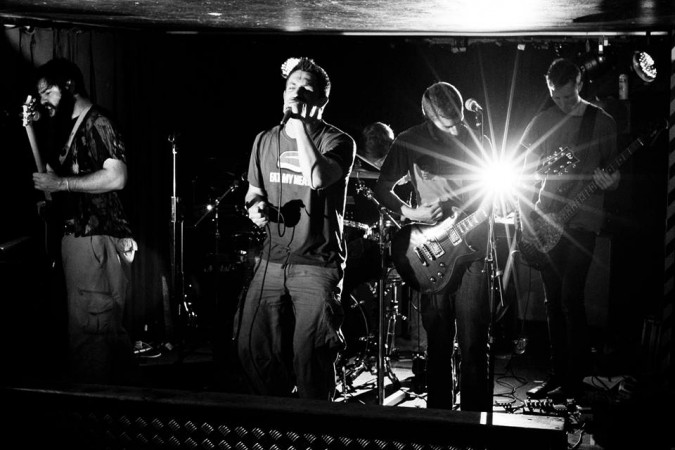 ILENKUS first formed in 2003 under the name FUBAR. As FUBAR they recorded two EPs, the first in 2004 and the second in 2006. But in 2010 the band decided a name change was required in order to move forward before progressing with writing and recording of their planned debut album. And thus began ILENKUS.

Gigging with the likes of THE OCEAN, ROLO TOMASSI and Irish act such as ONLY FUMES AND CORPSES, FIVE WILL DIE, MURDOCK, AXIS OF and C!TIES, they’ve certainly put in the time and effort to hone their craft. I’ve been hearing about the recording of this album since around mid-2010. And it’s certainly been time well spent. Putting it simply! “Rule By Thieves” is brilliant. MASTODON is probably the easiest comparison to make which certainly isn’t a bad thing, incorporating everything from multi-faceted guitar rhythms to numerous flurries of Brann Dailor style drum fills. Add to this a healthy dose of TOOL‘s variation on the same and even the subtlety of A PERFECT CIRCLE in parts, along with their own local Galway Hardcore influence, which must have seeped into the groundwater given the current number of quality HC bands after emerging from the region, and you’re getting close to where ILENKUS are coming from. Standout tracks like ‘Dr. Jekyll’, ‘Phoenix’, ‘Cerebral Anomaly’ and ‘Great Divide’ are dripping with all these influences in spades! As does the whole album. Another high point is the vocals. No two songs are delivered with the same vocal styles all the way through with members switching often. An excellent aspect to the band and used perfectly to keep each track and indeed the whole album from ever sounding stale.

Late 2012 saw the band release a stand alone digital single, ‘Ram’ with an accompanying video. Then in 2013 ILENKUS stepped up their work rate. While the first half of the year was spent writing and recording the follow up to “Rule By Thieves”, the latter half of the year saw the band do two UK tours, two Irish tours(one supporting COILGUNS) and some shows in The Netherlands.

September 2014 sees the band release their second album “The Crossing” on 140g 12″ Black Vinyl housed in premium heavy card sleeve and an inner lyrics sleeve. Five track over the course of almost forty minutes of progressive hardcore that constantly fluctuates from crushing turmoil to calm serenity… and everything in between.

ILENKUS are a fantastic Irish band that deserves all the attention they can get.
Do yourself a favour and check them out! NOW…!!!!