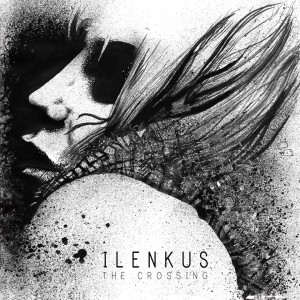 Galway’s ILENKUS released, in my opinion, one of the countries best albums of recent years back in 2012 with their debut ‘Rule By Thieves’ album. They may have been relatively quiet this last while but now it’s plain to see that during their down-time they have been busily beavering away on their next release, ‘The Crossing’, which is due to be released this Autumn on the 15th September.

‘The Crossing’ will be available to buy as a digital download from the band for €7. The physical version will be a limited edition LP (only 300 copies) on 140g 12″ Black Virgin Vinyl housed in premium heavy card sleeve and an inner sleeve with lyrics. Artwork for the release was designed by James Sheridan AKA “Faint Guy”.

Applying their familiar multi-vocal and signature aggressive playing style, the first pre-release track ‘Over The Fire, Under The Smoke’ gives us a good insight into what the band have in store. The track is available to stream from the bands Soundcloud and Bandcamp where pre-orders for the LP are available.