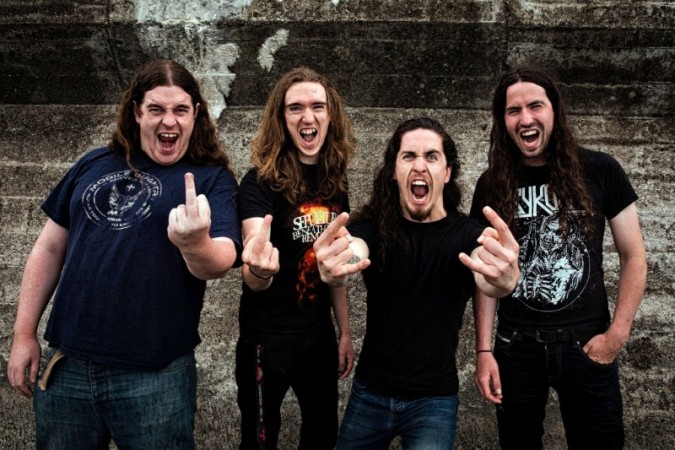 Dublin thrashers PSYKOSIS hail from Dublin, Ireland and started in 2008 after a booze fuelled binge and desire to inject some good fun into the rich but sombre Irish metal scene. The band began honing their sound on the stages of Dublin and progressed to headliner gigs and support slots with internationally recognised acts such as D.R.I., Sacred Reich,Evile, Blaze Bayley and Gama Bomb. The band got their first break in mainland UK when they were invited to Bloodstock Open Air in the summer of 2014. Their performance has gone down in the history books of the festival as during their set PSYKOSIS and their crew threw out hundreds of bottles of home brew just prior to performing the song “Beach Party”, a song which the band were more than happy to share their inflatable beach toys with the appreciative crowd for. From that moment the band have been inviting folk all across the UK to their fun filled shows as well as having set sail and ventured to far flung places (from little old Ireland at least) such as Metal Days in Slovenia and more.

High energy live performances, fast paced action on stage and riffs to boot with memorable hooks and crowd sing-a-longs, not to forget the all important lashings of tongue-in-cheek, and often childish, humour.

They say time flies when you’re having fun, and that is indeed the case with PSYKOSIS because after eight years in existence the band have only recently hit the studio with producer Steven Rats Rahaman and recorded their debut album, a collection of songs which have already gotten a good thrashing on the live circuit and has garnered an enthusiastic audience seal of approval.