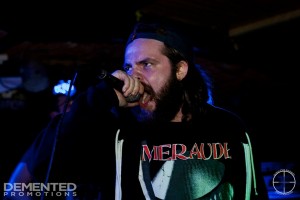 I’ve waited 23 years to see M.O.D live in Dublin having missed them the first time they played our shores.

The gig started off with HOLLOW TRUTH playing to a scarce crowd, but that didn’t stop these boys from showing what they can do. With such a short set, they set out to show you just what they can do. Coming across as early BIOHAZARD, think ‘Urban Discipline’ era, these guys are a tight unit and each song has that tone of hitting you hard and nodding the head in agreement. 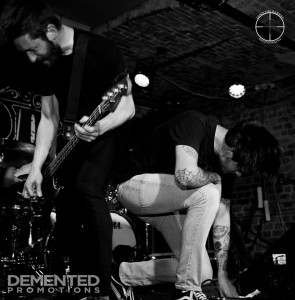 Dublin Thrashers TWISTED AUTOCRACY were meant to be next on the bill but unfortunately the band called it quits only a couple of weeks ago. So in their stead we have Belfast Hardcore/Punks HORNETS, who I’ve heard of but have never seen live and they didn’t disappoint at all. They come across as a band who are on the verge of being bigger than what they are and with a sound that is hard to categorise they will appeal many types of fans.

Anyone who knows me knows that no Irish thrash band since MASS EXTINCTION has held my attention live till PSYKOSIS came along and from the crowd gathering at the front of the stage I’m not the only one. From the chaotic drumming of Shane Byrne who seems to love inflicting damage on his drumkit to Jay Shaw, who poses a threatening figure on stage. Every once in a while he produces this evil grin that just sums up what they are playing and what it is doing to our ears. 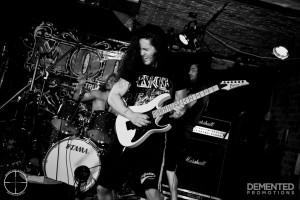 Frontman Grant Walsh is a figure to behold. Taking centre stage and duelling roles of frontman and lead guitar he knows that they have us in the palm of their hands. And he relishes in this role! The human tornado that is Tony Corcoran on lead guitar also is unstoppable on stage. Always moving like a madman possessed, his energy spills out into the crowd and it in turn feeds these guys. Trust me if you haven’t seen these guys live I suggest you catch them when you can because, mark my words on this, they will be huge and they deserve it. 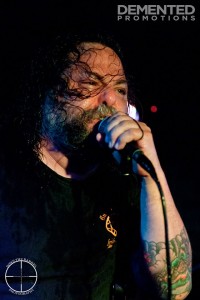 With the crowd now eagerly awaiting the arrival of Billy Milano and M.O.D., we are greeted to the site of the man himself walking through the crowd and onto the stage. With a quick hello via a bit of slang they unleash fury on us and it continues onto the next song. However it’s Billy’s between song banter that has us in stitches laughing. From taunting all the young crowd there by saying he was with their mums in 1989 (last time they played here) to telling us that we are fucking unreal and it shows. Billy was on fine form and his band loved every minute of it. After playing ‘Bubble Butt’ and asking what we wanted to hear, which of course was ‘Bubble Butt’ again….. and again….and again…..in fact we asked him to play it seven times in total and each time he called us fucking bastards… but with a smile on his face each time.Don’t think I was enjoying a gig so much, till he played ‘Milano Mosh’ and ‘Speak English Or Die’. In fact M.O.D. pulled out the hits that we know them for and much, much more. We all left that night happy and knowing that after eating black pudding, Billy would be treated to several loo runs the next day.

Come back soon lads, we miss ya already!