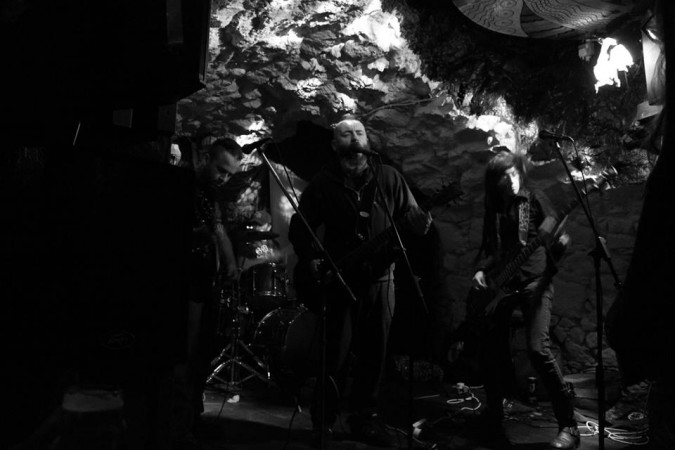 Hailing from Drogheda in Co. Louth, OKUS are a Crust/Punk/Sludge Metal beast featuring ex member’s of THE DAGDA, BLEEDING RECTUM, SCAVENGER, FUCKHAMMER and SODB. With their music taking a real nihilistic and bleak look at the world through war, religion, economics etc.

They played their first gig in October 2012. And their debut self-titled album was recorded and mixed by Johnny Kerr at Dead Dog Studios Drogheda, Co. Louth with artwork and layout by Sean Fitzgerald, and released around the middle of 2013.

Album number two is expected in 2015.