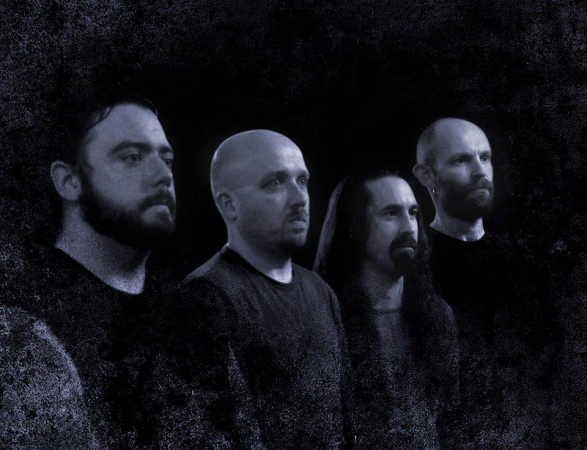 MAEL MÓRDHA are easily one of the top Irish Metal bands doing the rounds today. They’ve paid their dues during their early years and have established them without questions as one of our best Metal exports.

Originally formed by Rob and going by the the name UAIGNEAS (which he has ressurrected as a solo project again in recent years) in 1995, it wasn’t until about 1998 that the very first MAEL MÓRDHA line-up took shape. The bands early years were plagued with plenty of line-up changes. But by the time of the bands debut full-length album ‘Cluain Tarbh’ in 2005 their has been a steady core of line-up of Roibéard Ó Bogail (vocals/piano/tin whistles), Gerry Clince (guitars), Dave Murphy (bass) and Shane Cahill (drums). Anthony Lindsay (guitars) was brought on-board after the release of ‘Cluain Tarbh’ as a second guitarist and remained with the band for the following two albums ‘Gealtacht Mael Mórdha’ and ‘Mannanán’ but left the band in 2011. Deciding to continue on again as a 4-piece MAEL MÓRDHA are about to release their fourth album ‘Damned When Dead’ in September 2013.

In early 2014 the band was dealt another blow when the band announce the departure of founding member Roibéard Ó Bogail. But the three remaining members made the decision to carry on and are now set to make their first live appearance with their new vocalist, Stíofán De Roiste (CELTACHOR, OLDE, LAOCHRA), at the Samhain 2014 installment of the Siege.

This line-up didn’t last long, either.  With the band officially stating that they were going on hiatus back in November 2015. And Dave Murphy, Shane Cahill and Gerry Clince have all now moved on with former CURSED EARTH vocalist Denis Dowling under a new monikor, DEATH THE LEVELLER, who finally emerged from rehearsals and hit the stage for the first time on the 26th March 2017 opening for EREB ALTER.

MAEL MÓRDHA’s sound is a unique fusion of traditional Irish folk laments and elegies with the crushing power of doom metal. The band views its music as conduit between this world and the spirit world and its songs provide a dark, melancholy and epic soundtrack to historical and mythological tales of ancient Ireland.

Formed in Dublin in 1998 by Roibéard Ó Bogail, whose unusual “Sean-nós”-inspired traditional Irish vocal style gives the band its distinctive sound, MAEL MÓRDHA takes its name from a former King of Leinster, who met a bloody end in battle in the year 1014 A.D.

The band endured a number of lineup changes while self-releasing three EPs between 1999 and 2003, before signing to Hammerheart Records/Karmageddon Media, who released the band’s debut full-length album, “Cluain Tarbh”, in 2005. Later that year the band moved to Grau Records and went on to release two new albums — 2007’s “Gealtacht Mael Mórdha” and 2010’s “Manannán” — through the German label which also re-released an extended version of “Cluain Tarbh” in 2008.

In recent years, the band has performed at select shows and festivals throughout Europe and America where its use of traditional Irish instrumentation along with woad body paint in its uniquely atmospheric live performances have earned it a loyal and growing following.

In ancient Ireland, in the year 998 A.D. Mael Mórdha, King of the province Leinster, began a bloody rebellion against the High King of Ireland, Brian Ború. The hostility culminated in a colossal battle at Cluain Tarbh (near modern Dublin). In the battle, many of the great warriors and leaders of ancient Ireland met their fate as the green Irish countryside ran red with their blood. 1000 years later, taking inspiration from their forefathers, five warriors began another rebellion, rising up within the Irish metal scene to craft a truly unique blend of never before heard doom metal and traditional Irish laments, now known as ‘Gaelic Doom Metal’.