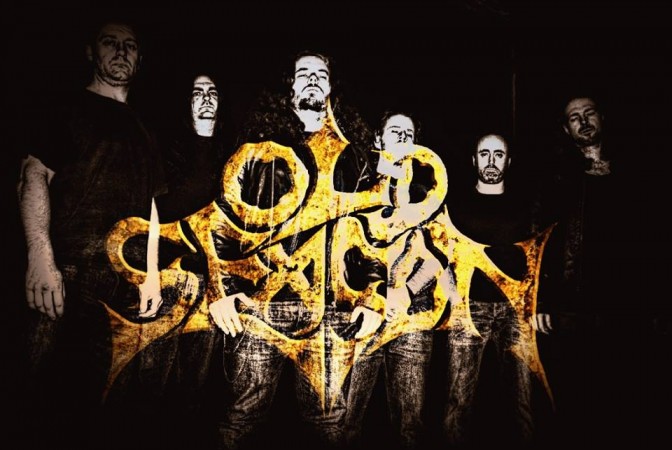 Old Season formed in Dublin circa 2003 comprising of Frank Brennan (vocals), Jimmy Blanchfield (guitars), Phillip Mahony (guitars), Dermod Smyth(Piano and synth), Ciaran O’Neill (Bass), Anto Walsh (drums). After playing several shows across Ireland, the band soon began to make a name for themselves, gaining loyal supporters along the way. In 2005, they released their much anticipated first recording – Volume One, with James Connolly temporarily filling in on drums. Volume One debuted at No.1 on the Sentinel Metal Charts. It was after this release that the band hit the stage again, playing many key dates including support to bands such as Sodom, Obituary and Anvil, to name a few.

The end of 2006 saw the departure of Phillip Mahony and the arrival of Ciaran Doyle in his place. The band played on at several shows, including Up The Hammers in Athens, Greece in 2007. In June of 2008, the departure of Ciaran O’Neill was announced and the following September saw the arrival of Dave Copley taking the reins on Bass. After a limited number of shows, including a triumphant appearance at the Day of Darkness 2008 festival, the band laid low for the rest of 2008 to finalise material for their 2nd release. By February of 2009, Old Season visited Foel Studios (Wales) to lay down tracks to what would become their 1st official full-length album “Archaic Creation”. Its release was met with high praise, including glowing reviews from Kerrang, Metal Storm, Metal Throne and Terrorizer. With interest spreading throughout Europe, Old Season were invited to play The Hammer Of Doom festival in Germany with While Heaven Wept and later shared the stage with Saint Vitus at the Baroeg in Rotterdam.

Late 2010 saw the departures of Brennan and Doyle, which to many seemed to leave an uncertain future for the band. However, unwilling to accept defeat, and conjuring up a resilience and perseverance that has come to define Old Season, the remaining members scouted for 2 replacements while also embarking on, what would turn out to be, a prolific period of song-writing. It wasn’t long before Jimmy Kiernan joined the fold on guitars, whose creative flair and grasp of melody fitted seamlessly within the band’s musical structures and injected further impetus to their songwriting.

It would take another 2 years, and numerous auditions before the band would finally settle on a vocalist worthy of the position. It was Bonzo’s audition in July of 2013 that would see the band take immediate interest and it was instantly clear that Old Season had finally found their new vocalist. John’s vocal style and all-round creative ability have seen him fit effortlessly into the band’s creative fabric.

Since then they have played a handful of shows across the country, including the Siege of Limerick Festival, which was heralded as a “triumphant return to form”.

Old Season are currently focusing on applying the final touches to the tracks that will feature on their next album, “Beyond The Black”, which is set for release on the 19th May 2017 via German label Pure Steel Records.