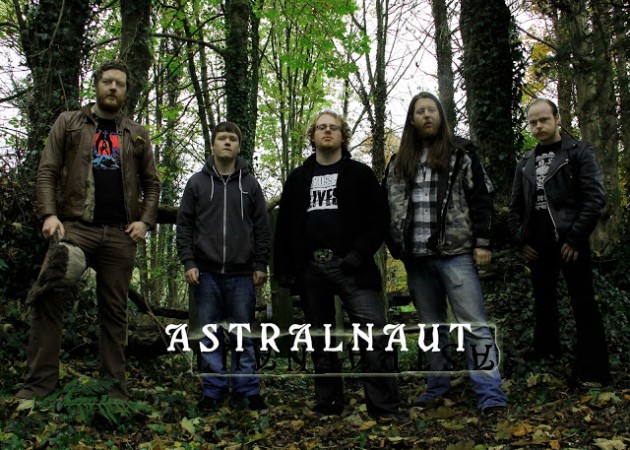 ASTRALNAUT formed from the ashes of OCEANFALL, THIRD HARVEST and STONED MESSIAH. Although still relatively new to the scene but fair play to them they have jumped head long into things. ‘Back To The Bog’ EP from early 2012 year is one of the best debut releases from a local band in recent years. And not letting themselves get complacent, the band got busy gigging and preparing for their next release.

‘Emerald Lord Of Pleasure’ may only have been a single to whet the appetite for the bands next proper release, but fuck me! It is an absolute cracker of a tune. ‘In The Gaze Of The Gods’ EP was released in April 2013 and cements the bands place as a recent force to be reckoned with. And now their latest studio effort has been let loose upon the masses. ‘Thieves, Beggers and Swine’ is yet another slab of granite heavy doom riffs and shows that the band has no intention of dropping the ball any time soon.