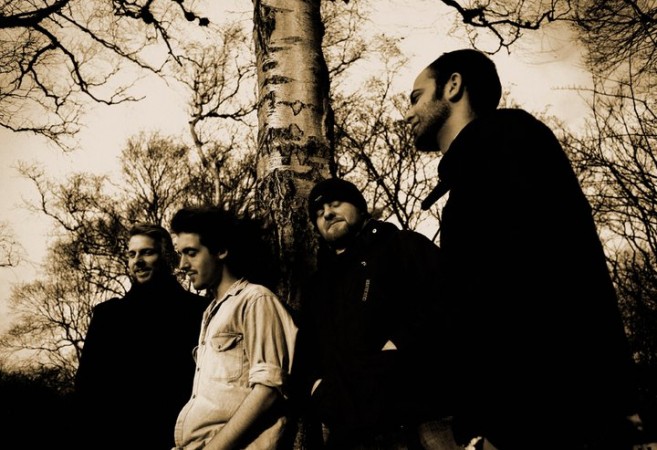 LACE WEEPER are a rock band from Dublin, Ireland. They counter driving hard rock rhythms with mellow acoustics, and a keen sense of melody. The idea for the project was started by guitarist Matt Hayward and vocalist Sebastian Florek. The duo’s mutual position of being without a band and overwhelming passion to make music, lead to creating something both original and heartfelt. Bassist Os Andres was added to the lineup in September 2010, a like minded musician adding the necessary dynamics.

From November 2010, the newly formed band entered the studio to record their debut EP, 6 tracks which showcased the band’s diversity and musicianship. Gavan Murray (Jaded Sun) lent his skills on drums for the recording. The EP was released in January 2011, gathering a good critical response.

In March, the band were finalists in Hard Rock Cafe’s Battle Of The Bands 2011, and in April they teamed up with Kevin Wood of Malfunkshun to record a tribute to Kevin’s late brother Andrew Wood of Mother Love Bone by recording a cover of MLB’s ‘Crown Of Thorns’. The once off single was released on WammyBox Records in mid-April. In an interview with antimusic.com regarding the release, Matt said “It was a huge honor for us to do this recording, myself and Kevin (Wood) have worked together previously and I was a huge fan of his and Andy’s work.”

The band then premiered a new song titled ‘So Long, Farewell, Goodbye’ on Dublin’s prestigious Radio Nova on April 17th, and did a short line of interviews, including Bandwagon TV among others.

They toured the country from top to bottom and in October 2011 the band released their second EP titled ‘One Man Jury’ and once again premiered the lead single on Radio Nova. This follow up also gained good critical response, Ross Welford of UberRock claiming “This is more like it – Lace Weeper rock”, and ‎Dave Attrill at Metalliville stating “First you had Thin Lizzy, then we had U2 – now see Ireland’s potential next big thing right in front …Lace Weeper is how it is spelt.” The release also saw international airplay.

In August 2012, the band released their third EP, a live release that was recorded at Fibbers rock bar in Dublin on the 25th of February 2012. This EP was released for free exclusively on the band’s websites (www.laceweeper.com) and (www.laceweeper.bandcamp.com).

2013 started with the band announcing a string of shows in the USA with MALFUNKSHUN, starting on April 5th at Studio Seven in Seattle. LACE WEEPER also announced they were recording pre-production demos for a planned album in 2013, as well as being a part of a THIN LIZZY tribute album and Esente Music Group’s ‘Irish Rock 2013’ compilation album, a free album to raise awareness of anti-bullying. And they released their 3rd studio EP ‘Tusk’ on March 22nd, with the first single ‘Hard Sell’ being released on March 8th.
Utilizing heavy guitar based grooves and quirky acoustic melodies, embellished by bluesy solos, a pounding rhythm section and deeply metaphoric & poetic lyrics, LACE WEEPER are a band many have been waiting for.