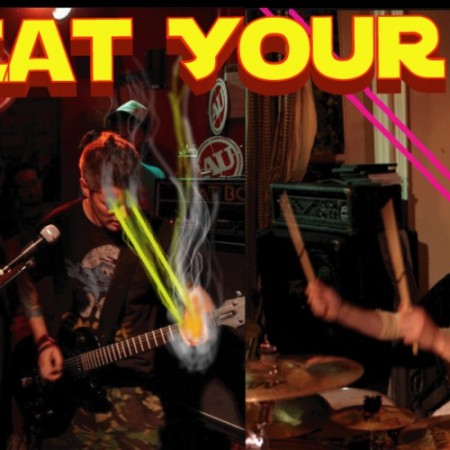 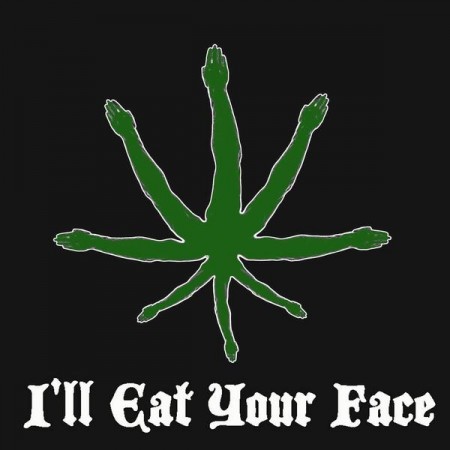 Cork’s grind superheroes I’LL EAT YOUR FACE were first mal-formed in 2006. Consisting of just two members with a fascination for eye-lasers, ‘Barrytron’ on drums and ‘The Boy’ on guitars. As much as their sound is rooted in the grind genre it’s not enough to just call it ‘grind’, as there are progressive elements to it too. Throw their mental-as-fuck sense of humour into the mix and you get the one and only I’LL EAT YOUR FACE.

They have been part of the gigging furniture in Cork for the last number of years and also play all over the country whenever they can, as well as touring the UK and Holland. They have both played in several other Cork based bands. ‘Tron’ is also currently on drum duties with Cork’s [R]OAS as well as having served time in countless other Cork bands and projects down through the years. And at the moment ‘The Boy’ is also filling in on guitar with [R]OAS for live shows while Mick Flynn is off with his main band, the one and only PRIMORDIAL.

To date they have released two FREE online albums, 2010’s “Irritant” and their only just released “Hot Brains Terror”, which are both available through their Bandcamp site. Two self-released CD’s, “Ratpipe Sewer Mutant” and “Fat Box Life Destroyer”. A split CD with fellow rebels LAMP and a split 10″(inc. free CD copy) with HANDS UP WHO WANTS TO DIE. And two off-the-wall DIY DVD’s, “Clit” and “Clit II : The Clittening”.

Below are players for their 2011 “Hot Brains Terror” album, their 2010 album “Irritant” and a collection of tracks from their split release along with a couple of radio sessions . Hopefully I’ll be able to add more of their back catalogue over time.