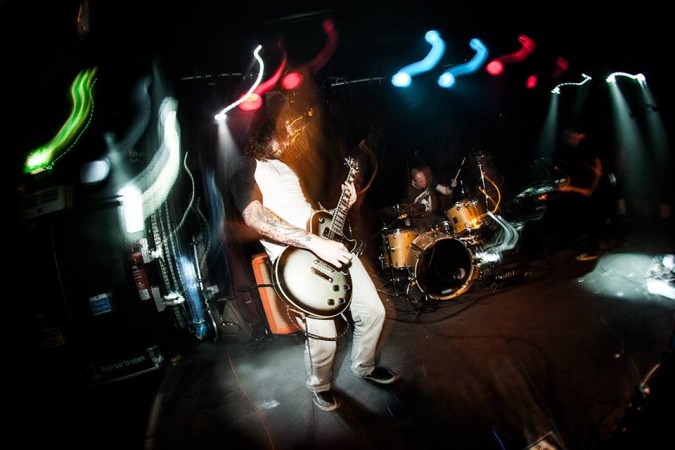 After the demise of the various members other projects the devil soon made work of their idle hands and so COMPLY OR DIE was formed in Spring 2008. The line-up is Matt Crothers on Drums, Michael Smyth on Guitar and Vocals with Ian Pearce on Bass and Vocals. From the outset it was clear that the band would be a force to be reckoned with.

The 2009 self-titled debut album was recorded mere months after forming, though it shows no signs of this at all. After a short break away Comply Or Die returned with the release of their new EP ‘Invocation’. The songs show a marked progression in song writing ability and sound.. The EP served as a perfect precursor to the 2nd COMPLY OR DIE full length ‘Depths’.

‘Depths’ heralded in a new era of a more aggressive type of song writing, moving away from the hardcore/post-hardcore type sound of the first record and pulling something more unique and instantly recognisable as COMPLY OR DIE. The album was a representation of the bands widely talked about visceral live shows. It received excellent reviews both locally and nationally, the single ‘Shanghaied’ received heavy local radio play. The band promoted this album extensively and garnered a reputation for an explosive live act whose intensity was matched only by the volume of their shows.

‘Sixes/Three Suns’ was a double a-side that was released as a stop gap between ‘Depths’ and the bands third album, ‘Northless’. ‘Sixes/Three Suns’ showcased the bands change in direction to incorporate heavier, darker influences. It also was the first time the band put vocals at the forefront of the song, while previous releases used vocals as exclamation points this release hinted at a more traditional approach to vocals.

Following this release the band retreated to concentrate on writing, only playing sporadically which would have previously been unheard of for the band. The fruits of this time away is ‘Northless’, the third and final album from COMPLY OR DIE. Shortly after the recording process the band decided to call it quits. Thematically the album resonates all the more due to the bands demise. Lyrically and thematically the album deals with a journey, a search driven by an unknown force, the obstacles faced and how they are either overcome or succumbed to and ultimately the failure of the search at the fault of human nature. Musically ‘Northless’ is a significant step away from the punk rock/noise rock of previous releases and more in the vein of MASTODON, HIGH ON FIRE, NEUROSIS or KYLESA. The album is a stripped back, raw affair more concerned with the feel of the song and the natural sound of the band. This is how the band sound if you are standing in front of them, in the practice room or at a show. Taking this approach the album truly reflects how COMPLY OR DIE sound… growling bass, thunderous drums, neck snapping riffs and shredded vocal chords.