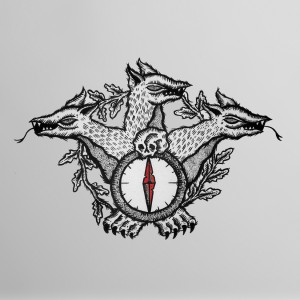 Belfast Noise-Rockers COMPLY OR DIE sadly announced their intention to split back in April, but have seen fit to release the bands dying breaths on their final album, ‘Northless’. One of the more exciting live bands on the Irish circuit in recent years, it’s a real shame to see them go. But at least we get one last burst of noisey sludged hardcore/punk from them.

COMPLY OR DIE have never really settled into any one single groove during their time. And this album is no different. It shows the band employing a more urgent approach, displaying another facet to the range of all their influences. This album is definitely a much more direct and raw sounding affair compared to some previous releases. Especially with the more forceful and ‘live’ sounding vocals used. The opening triplet of ‘Meridian’, ‘Argonaut’ and ‘Cultus’ show this straight off the bat. And it’s not until the superb ‘Iron Mountain’ that the album takes a slight change in tack, with the band slowing things down and turning the sludge dial up a few notches for one of the albums highlights. Immediatley after which it’s back into top gear for the remainder of the album. But with a few class touches scattered throughout such as the brilliant bluesy guitar section during ‘Agon’ and the spacey guitar effects during the solo in ‘Bishop’. ‘Northless’ is a worthy swansong from a superb band.

The band may be no more. But all is not completely lost as Matt and Michael are still working together and as members of THIEVES, who are expected to have their debut release in order before the end of the year. And Michael is also lending his talents behind the kit for TUSKS, who are also expected to have a new release in the near future.