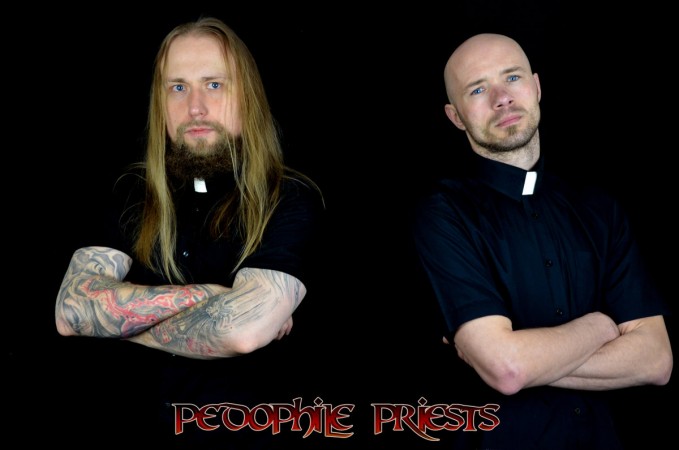 PEDOPHILE PRIESTS was formed in Dublin, Ireland in 2014 by guitarist and vocalist Piotr „Niemiec” Niemczewski.  As a enthusiast of extreme playing Piotr invited to cooperate in the work on the formation of debut album another maniac of brutal music, drummer – Łukasz „Lucass“ Krzesiewicz whose ultra fast style of playing completed upcoming destruction. Both orginally from Poland, currently based in Ireland and Norway incorporate nearly two decades of solid music writing and musical experiences that they bring from their past and present projects. In this line up in spring 2015 PEDOPHILE PRIESTS finished recording their full-lengtht debut album entitled “Dark Transgression of the Soul”, which was officially released on December 2015.