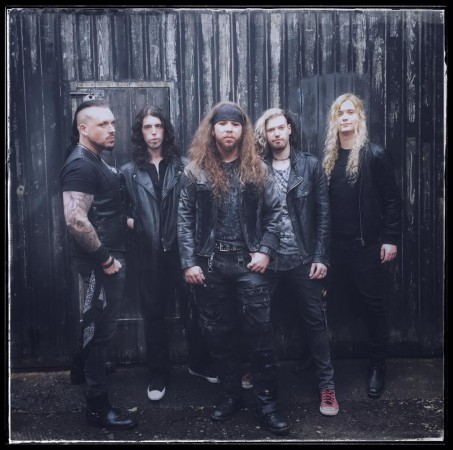 One of Belfast’s most recent Hard Rock/Metal bands on the scene… MAVERICK haven’t wasted any time in getting down to business.

The bands progression from their “Talk’s Cheap” Demo/EP in 2013 to their debut full length “Quid Pro Quo” in 2014 is massive. And that progression looks to have followed through even further with the bands latest 2016 album, “Big Red”.

“MAVERICK has been active for only two years. In this short time we have self released an EP which has received rave reviews and worldwide air play; we have been signed to a major European record label who will be releasing our debut album, “Quid Pro Quo” worldwide on the 28th of November 2014. We have played with top quality American acts such as TIGERTAILZ, FASTER PUSSYCAT, CHEAP THRILL (featuring members from WHITE LION & CINDERELLA) and Y&T.

We are completely determined to take this band all the way to the top and are 100% committed to doing whatever it takes to do so.

In May 2013 we released our Debut EP “Talk’s Cheap” which received favourable reviews.

The quality of “Quid Pro Quo” enabled us to go on a European Tour with the Swedish band The Poodles! We played 15 shows, across 6 countries, in 17 days.

In the winter of 2016 we recorded our second full length album “Big Red”. In summer of 2016 we signed new record deal with Metalapolis Records, who will be releasing “Big Red” on 26th of August 2016.”