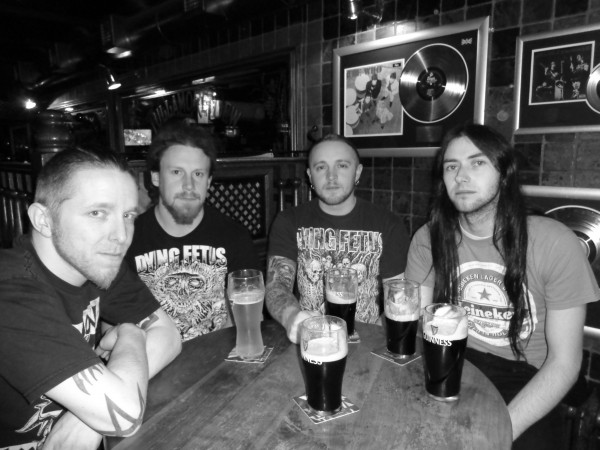 Formed in Dublin in 2008 and borne of a mutual appreciation for the more visceral side of things, they play death/thrash metal with a heavy undercurrent of groove and lyrics that explore the depths of hysteria, horror and ultraviolence.

Since the release of their debut “Faceless” EP in 2010 the band have ploughed their own trench on the Irish metal circuit, supporting genre heavyweights like EXHUMED, AEON and ATHIEST along the way and gaining a strong following on the back of their viciously tight live shows. Expect chainsaw riffage, pummelling drums, vocals traversing guttural roars to piercing screams and audiences being whipped into a frenzy. Their debut full-length album “Feeding The Dead” was released during the Summer of 2013.