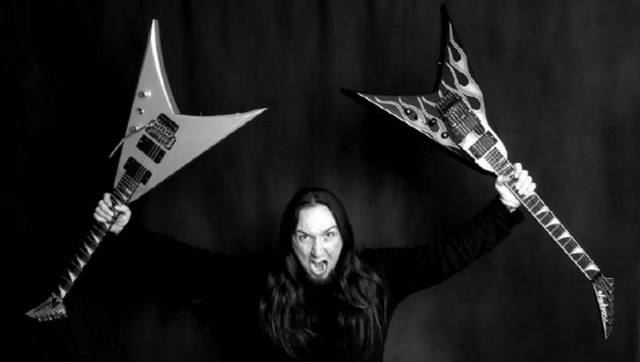 Formed in 2003 by Steve Moore, FIRELAND are a twin lead guitar heavy metal band, drawing on all the influences over forty years of heavy metal. Based in Northern Ireland, the band will not let their location on the outskirts of Europe stand in the way of bringing their own brand of riff-based, powerful and melodic metal to the rest of the world.

To date, the band has played with metal legends such as DRAGONFORCE, BLITZKRIEG, JEFF SCOTT SOTO, BLAZE, DORO, ROSE TATTOO and GIRLSCHOOL. In other bands, the members have toured with SAXON, STRYPER, HELL and KREATOR, and performed at festivals such as Wacken Open Air, Sonisphere, Bloodstock Open Air, Hard Rock Hell and Leyendas del Rock.

A brand new full length new album is scheduled for release in the summer of 2016.