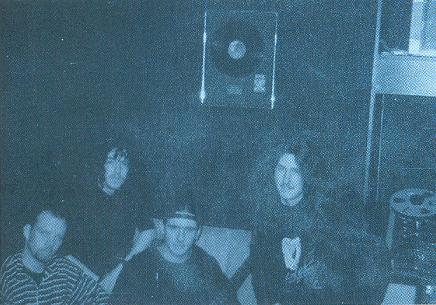 DOOMSGAME were a Dublin based Death Metal band, around in the early to mid 1990’s. I only have 4 of their releases listed below, as that’s all the information that I can find, but there are apparently five demos released by DOOMSGAME.

They released their first “Weapons Of Mass Destruction” demo in 1991 and followed it up the following year with their second ‘Who Is The Enemy’ demo and the “We Are The Enemy EP”. The cassette version of “We Are The Enemy” included the four tracks from it’s predecessor “Who Is The Enemy” demo plus the three newer tracks. I’ve had this tape for what seems and age. Probably the very first Irish Metal tape I owned.

The music itself is pretty good. Standard enough Death Metal with more than a hint of SLAYER. Not very original. Especially most of the solos. It just seemed as the lead guitarist was out to try and shred as fast as he could without considering how it actually sounded in the context of the songs. Basically most of the solos just sounded the same. Fast and mediocre shredding.