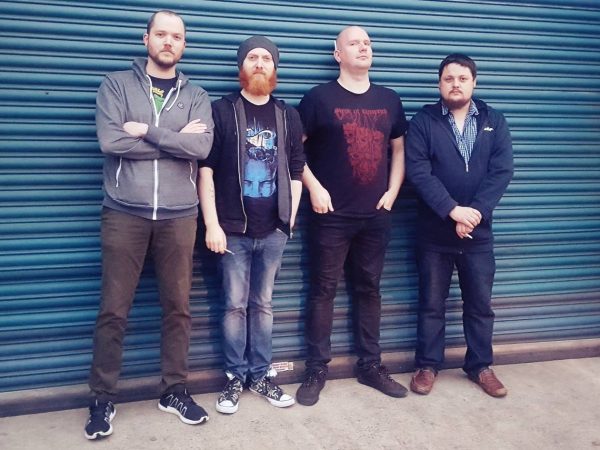 Third Island is a post metal band formed in 2015 and based in Ireland. Drawing from a wide array of influences including doom, post rock, shoegaze, sludge, progressive and stoner rock, the band aims to create a unique sound blending huge guitar tones and dark atmospheres. The band is made up of multi-instrumentalists Liam O’Connor, John Quill and Seamus Quaid. The original trio were joined by Scott Kemp on drums in late 2018.

In the summer of 2016 Third Island released their debut EP “Dusk”. Based on themes of nightmares and sleep disorders, the EP aims to bring the listener on a journey through insomnia and fear. The EP was well received, and followed by a number of shows well into 2017. They followed this up with a stand alone track ‘Hourglass’ which was written, recorded and released by as part of a competition being run by Steamboat Music.

Spring 2018 brought the release of the bands first full length album “Omelas”. And later in the year Scott Kemp joined the ranks as the bands drummer. Early 2019 saw the digital release of “Live In Limerick” and later that year the release of their second full length “Unspeakable”.
Early 2020 saw the departure of Liam O’Connor from the band, with the remaining three members continuing as a three piece. With the whole planet in the throes of the Covid-19 Pandemic during 2020 this line-up recorded a rehearsal session in June 2020 which they digitally released on the 05th February 2021.

Get in touch via social media or [email protected] for bookings and availability.