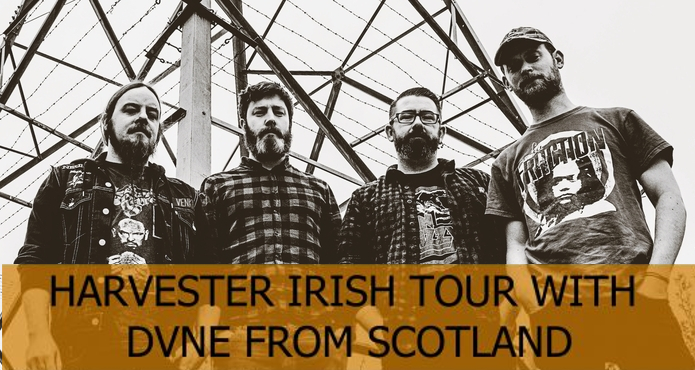 Galway’s HARVESTER are readying themselves for the 12″ vinyl release of their sophomore opus “Harmonic Ruptures” in the coming weeks with a brace of live shows with Edinburgh’s doom/black metallers DVNE. The two bands will tour Ireland this week taking in Galway, Dublin, Cork and Limerick.

Harvester was formed in 2012, its members sharing a love of Black Sabbath, Thin Lizzy, Rory Gallagher, and newer bands like Graveyard, Torche, and High On Fire. Impressively they have already supported Mastodon and Uncle Acid & The Dead Beats.

The band’s latest album, Harmonic Ruptures, came out earlier this year. Their debut, The Blind Summit Recordings, an eight track album originally released in 2013, was recently mastered for vinyl and digital release by James Plotkin. Featuring artwork by Emmett Connell, it will be released on vinyl through Distroy Records in the coming weeks.

DVNE combine fierce riffs and melodic textures to weave a dark musical universe laced with psychedelic and progressive sounds, producing what This Is Not A Scene called “multi-dimensional progressive metal at its best”.

The band released the single ‘Progenitor’ (Wasted State Records ) in 2013 and the mini-album “Aurora Majesty” (Sea Of Corruption Records ) in 2014. They have finished recording their first full-length album and will preview material from it on this tour. They have also supported INTER ARMA, DRAGGED INTO SUNLIGHT, EYEHATEGOD, BLACK TUSK, CROWBAR and DOWNFALL OF GAIA. 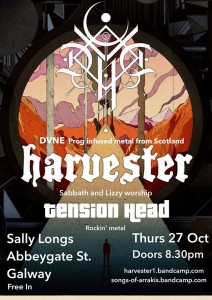 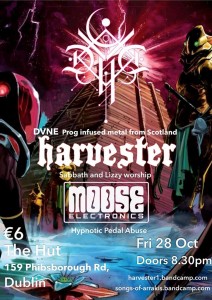 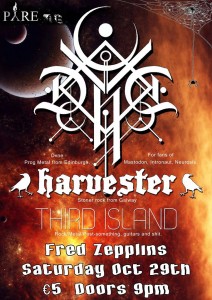 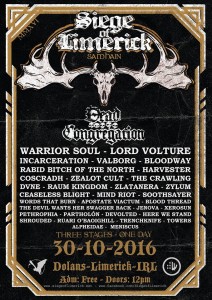