WARRIOR SOUL return to Ireland and the UK for their longest tour here in years and they’re promising to “show off our slammin’ hi energy uncompromising rock’n’roll”.
The band, featuring frontman Kory Clarke, made a turning point comeback performances last November at London’s Borderline and in Athens, Greece and alsoplayed two sold out shows in Camden this past June. 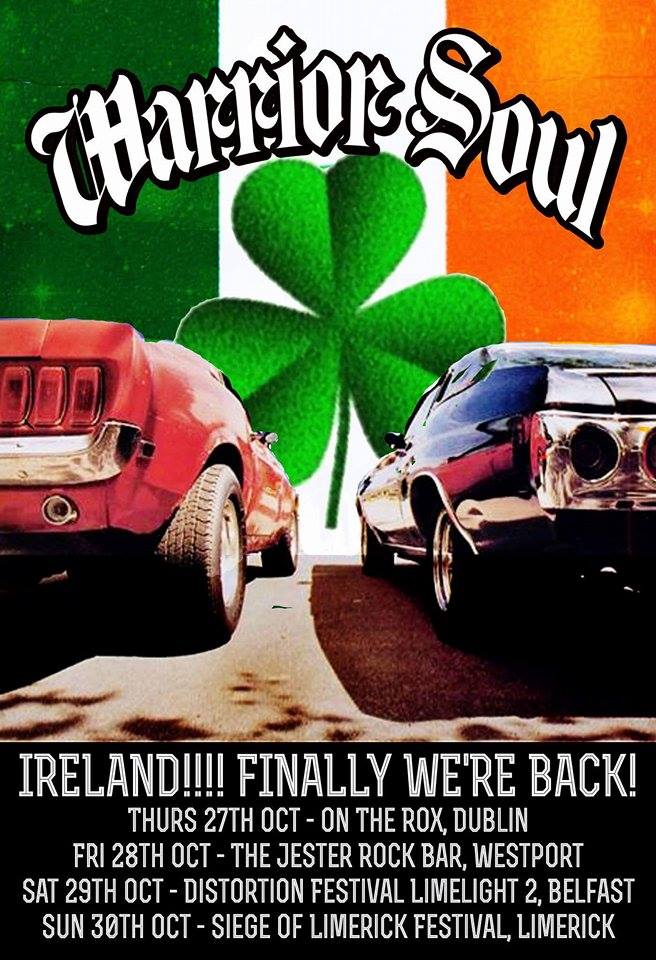 Joining the band on guitars for their Irish dates will be former TWISTED WRATH guitarist and Castlebar native Colin Dunne, who was also called up to join the legendary New Yorkers as their live guitarist earlier this year for a number of European dates.