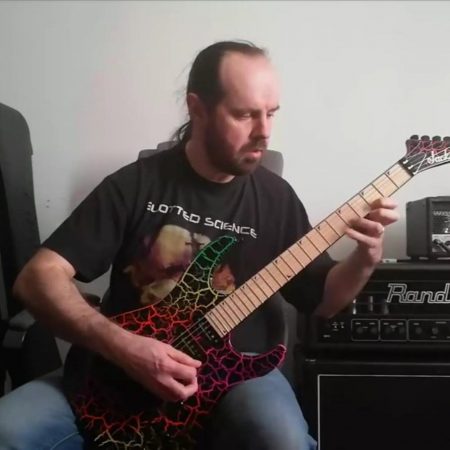 Progressive Death Metal out of Limerick from former MYSTERIES END guitarist Alan O’Connell. With some help enlisted from his old bandmate KEITH McCOY on drums.

The bands debut “Reaching Out” EP was released digitally in November 2020. Essentially an instrumental five track demo of tracks that would all feature on the full length follow up album, “reVisions” in July 2021, which featured guest vocals by Thomas Blanc. Not resting on his laurels, O’Connell released “The Infected” EP in early October 2021, this time with Eric Castiglia contributing vocals and McCoy once again on drums.