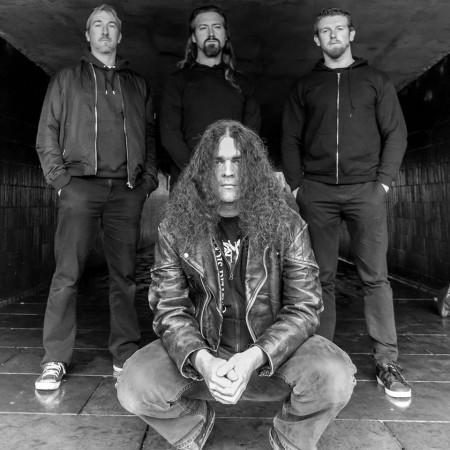 The band announced themselves and released their debut video for the track ‘The Games They Play’ through their facebook page on the 3rd February 2017. And then a second video for ‘The Narcissist’ on April 10th. Both tracks are now released on the bands debut “Narcissism” single available from Grindscene Records on 7″ vinyl, and shows that they are more than capable of going toe-to-toe with the best of the Worlds death metal scene.

STRANGLE WIRE are a 4 Piece Death Metal Band hailing from Belfast Northern Ireland. Formed by four guys determined to leave their mark on the worldwide Death Metal Scene. Having being collectively involved in bands for over several decades, STRANGLE WIRE is a band built on experience.
Branding themselves as Psychological Death Metal, STRANGLE WIRE’s artwork and lyrical concepts attempt to capture the darker parts of the human condition.
STRANGLE WIRE deliver fast, groove laden and devastatingly heavy death metal.