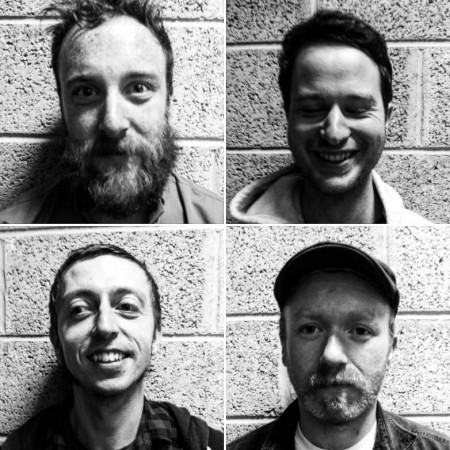 HORSE are a recent addition to the hardcore crowd in Cork. Not as direct as other hardcore bands, HORSE are hard to exactly pigeonhole. But there’s definitely some alternative elements with a bit of sludge, some atmosphere and even a touch of MASTODON ‘prog’ to some of the tracks.

Originally formed by Kieran Hennessy (GHOST OF MEDINA, HARBOURED, MORDANT SOUL) and Wayne Dunlea (WAITING ROOM, CRAYONSMITH) in August 2013, with original bassist Dave Aherne (WAITING ROOM) and John Heffernan on vocals. But only one gig was ever played with this line up. And both Aherne and Heffernan had other commitments, so Ian “Mini” O’Callaghan (TERRIERS, KAWTICS, FAT ACTRESS, SLUGBAIT) was asked to come in on vocals in January 2015, with  James Coady joining on bass at the same time.

This line-up played their first gig together in April 2015 and are pretty savage on stage, as you can hear in the live recordings available here of their set from the Earrach 2015 installment of the Siege Of Limerick. And opening for SOOTHSAYER at their EP launch in November 2015.
(Top marks for pulling off a cracking cover of THERAPY?‘s ‘Meat Abstract’ at that gig.)

The band’s debut “fünderland” EP was released back in early April, which features Aherne on bass and Heffernan providing vocals for the track ‘Falcon’.
The “fünderland” EP is available for FREE from the HORSE bandcamp page.