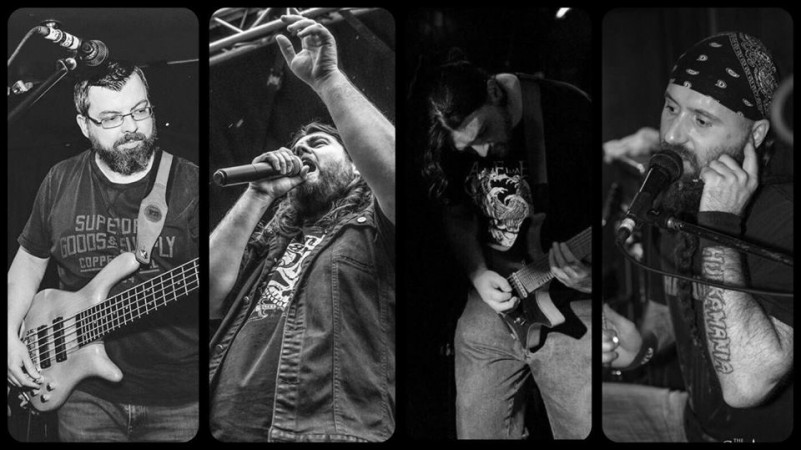 Pat Byrne kicked off his musical career touring at the age of 17 with Irish group CELTIC FUSION before going on to tour and record with a multitude of acts such as rock band KRAVEN and reggae outfit JEFFONESTA. More recently he can also be found sharing bass duties with Chuck Rainey and Divinity Roxx on R&B electronic act DELOREAN SUITE’s current release “Two Lives”. Having earned a solid reputation as one of Ireland’s hottest musicians with appearances in various esteemed publications such as Bass Guitar Magazine (UK), Hot Press (Ire) and Total Guitar (UK), the Limerick city born and bred multi-intrumentalist earlier this year unveiled plans for the very first HEDFUZY record. The progressive rock project, which was released on 17th August this year is ultimately a solo outing, with Pat having enlisted the talent of drummer Ben Wanders of fellow Limerick prog outfit SHARDBORNE, DELOREAN SUITE keyboardist Graham Conway, guitarist Graham Keane of THE VICIOUS HEAD SOCIETY, and guitarists Mike Moriarty and Cameron Allen, on this particular occasion to flesh out the debut album.

Like many progressive records, the HEDFUZY self-titled is no different in that it is extremely diverse and draws from a wide field. The album takes the listener on a journey through many soundscapes, and lyrically on a path following one man’s reflections upon the decisions he has made in life, good and bad.

As well as writing and performing on guitar, bass, keyboards and vocals, the album was also produced by Pat Byrne himself before mixing and mastering was taken on by Chris Collier (PRONG, LYNCH MOB, KXM). Following the release of the album Pat also became an endorser of Warwick Basses and appear on the debut album from Irish progressive metal band THE VICIOUS HEAD SOCIETY alongside keyboardist Derek Sherinian (DREAM THEATER, BLACK COUNTRY COMMUNION) and legendary extreme metal drummer Kevin Talley (CHIMAIRA, SUFFOCATION, Dååth, FEARED, GROT and more).

2018 sees a whole new chapter for HEDFUZY with Pat assembling a full line-up including Keith McCoy on drums, Jaime Callaghan on vocals and PJ O’Connell on guitars.