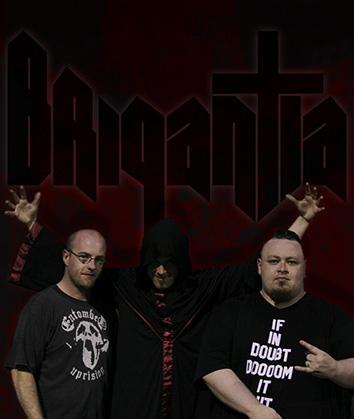 BRIGANTIA are a traditional doom metal band from Co Tipperary, Ireland. Formed in 2007 and featuring two members from a previous incarnation of BRIGANTIA that briefly existed in the early 1990’s.

A rough recording took place in December of 2007 which became their first demo entitled ‘The Chronicles of Doom’. Since then BRIGANTIA have been lucky enough to gig with the likes of PENTAGRAM, THE GATES OF SLUMBER, LORD VICAR, OLD SEASON, and a slot at DUBLIN DOOM DAY 2. Their second demo, ‘The Chronic Argonauts’, was released in 2010 on CD and FREE download. Work on their next release has been ongoing ever since.