Ahhh!!!! Limerick! And the first of three Irish weekend dates on PORTRAIT‘s Irish/UK tour, with the mighty Swedes ripping through our fair Isle like a whirlwind. 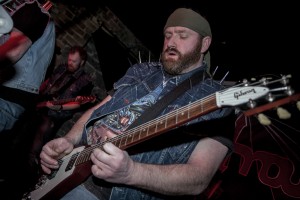 First band on tonights bill are upcoming Carlow/Kildare band STEREO NASTY. And given the number of punters up front for them, it’s fair to say that the decent sized crowd were eager to catch their performance. Most refreshing of all, though! Was the large group of younger metal fans right up front and centre who were giving it socks for the entirety of the bands set. Shoulders locked, head-banging in unison, and singing along to demo tracks like ‘Black Widow’ and ‘Under Her Spell’, that the band have already released to date. And soaking up newer unheard tracks like ‘The Fear’ and ‘Out Of The Fire’, which was definitely one of the sets highlights. To wrap up the band rip into the excellent ‘Warriors’. The perfect closer which sees many in the crowd punching the air to the line, “left-right”, and smiling like little children as they do so. Much like the headliners, STEREO NASTY‘s take on 80’s inspired heavy metal is fantastic. It’s the type stuff that most of the crowd in attendance grew-up listening to. And to see so many from a whole different generation lapping it up put a very large smile across my face. Their debut album due in May cannot come soon enough! Check out our interview with guitarist Adrian Foley after their set, here… 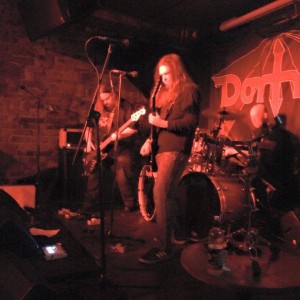 Unfortunately Galway’s TWISTED WRATH had to pull out of tonight’s show. Which was a real pity as the band would have been a perfect fit on the bill. So up next we had BRIGANTIA. They ploughed on through their set of doomed dirges, with the occasional increase in pace, with ‘Ride To The Sabbath’ from their first demo being the most upbeat of the songs played. After which frontman Dave Gleeson states, “That’s as fast as we get!!!” And the faces of the entire battle-jacket brigade up the front row just dropped to the floor. Not what they were expecting, at all!!! Had TWISTED WRATH played, the Tipperary Doomsters would have been a nice break in the traditional metal stylings of the night, before PORTRAIT took to the stage. But as the line-up stood, they were a more than a little out of place. Not that BRIGANTIA were deterred in the slightest. They had a job to do and they did it proudly. 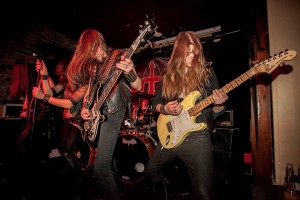 But it’s PORTRAIT who are the real prize tonight! The band have been on a steady rise over the last few releases with more and more fans perking up and taking note of what they have to offer. As was more than apparent from the chock full crowd waiting for them to take to the stage at the Kasbah Bar in Dolan’s. Not wasting any time the headliners tore straight into their set with furious pace and didn’t let up for a single second. Even the confined stage area didn’t hamper the band or distract them from their mission as they just put their heads down and threw forth killer track after killer track. 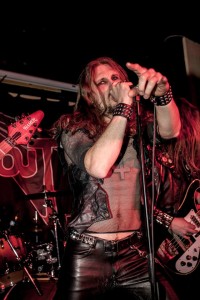 High octane metal was on the menu with an endless display of headbanging as PORTRAIT delivered the goods to the metal mad Limerick horde. From ‘Beware The Demon’… to ‘Beast Of Fire’… to ‘We Were Not Alone’… the Swedes played a plethora of tracks from across each of their albums. Tracks that take on a whole new lease of life in the live setting. Anders Persson and his drum-kit are lost behind a mass of thrashing hair from other four members as they headbang along to each number. They certainly know how to put on a very impressive display! Not least from vocalist Per Lengstedt, who’s incredible vocal range rattled and nearly shattered every glass and bottle on the shelves behind the bar during songs like ‘Ageless Rites’ and ‘Our Roads Must Never Cross’. He has such a great presence on stage, giving it loads vocally along with plenty of hand gestures that help to invite everyone in attendance to join him for every note he sings.

A great night’s entertainment, by all accounts. A triumphant return to Ireland for PORTRAIT and a great start to the bands tour. Here’s hoping they make another trip over this way again soon! 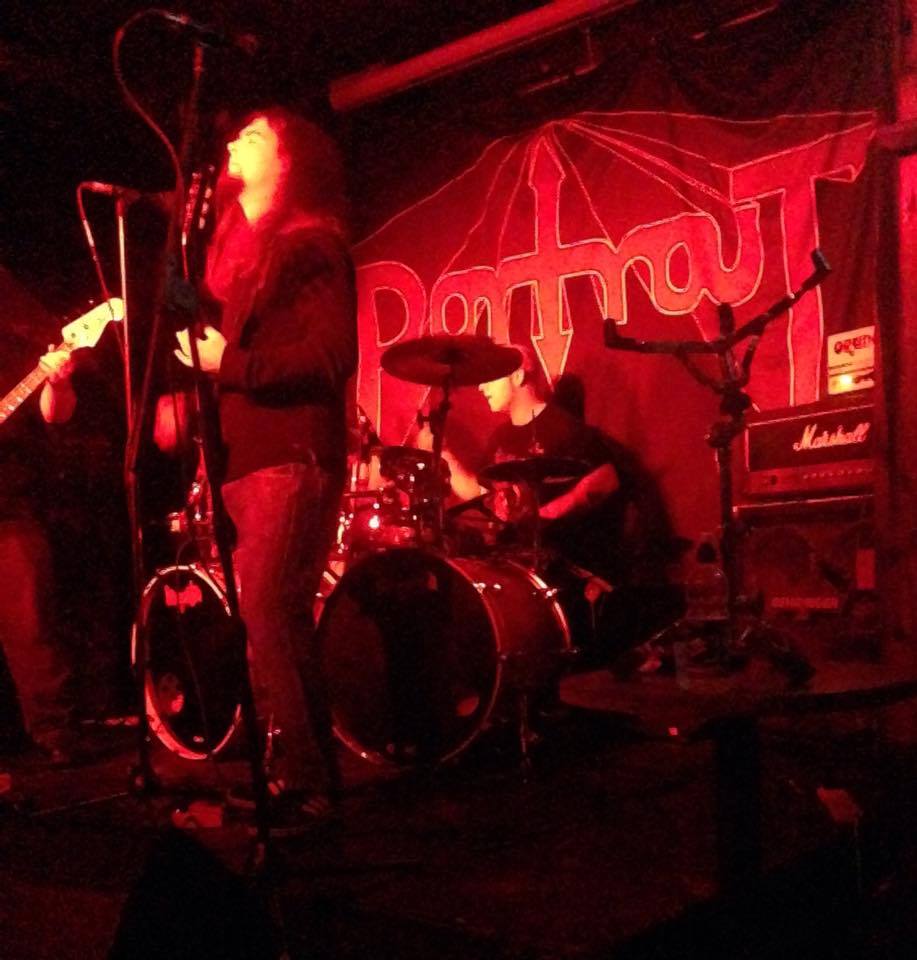