Despite being a blood-soaked and rotting obsessed genre of music, death metal is in remarkably good health at the moment. And it is being driven by a set of fresh and startlingly original sounding outfits world-wide. No longer is the genre isolated to particular geographic locations such as Florida or Gothenberg. Nor is it ruled by veteran groups. Mediocre efforts from the likes of Morbid Angel, Obituary and so on have proven this. The likes of ARTIFICIAL BRAIN, SUFFERING HOUR, DYSCARNATE, REVOCATION, MEMORIAM, VENENUM, TCHORNOBOG, THE LURKING FEAR and others, all released outstanding efforts worldwide during 2017. And it has also seen an upsurge in new bands emerging here also. ZHI REN, KETOS, ATHEOS, VIRCOLAC, COSCRADH and LEGION OF WOLVES have all added their flavours to the murky brew.

And here is another one to add to the mix. The Dublin outfit were only formed in 2015 when former school friends, Brian Harrington and David Mooney, came together to work on riffs Mooney had been writing. They managed to recruit the rest through local contacts and via Metal Ireland. They immediately set about releasing a series of impressive demos. ‘No Era’ and ‘No Clean Hands’ both emerged in that same year. They made their live debut around this time supporting ZHORA and BREED THE KILLERS. This led on to a few appearances at the Siege of Limerick, competing at Bloodstock Metal to the Masses, Unleashed Festival, and more. 2016 saw the release of their first single in the guise of ‘Nail the Eye’. 2017 was yet another busy year on the live front, supporting WARPATH and UNFATHOMABLE RUINATION, playing numerous gigs in Fibbers, Necrofest in Belfast, supporting PROLAPSE AD, competing in Wacken Metal Battle Ireland, ZHORA‘s album launch with HERO IN ERROR and TEN TON SLUG, GOJIRA’s afterparty, dates with BAILER in support of their new EP, Ghoulstock in Belfast and the launch of Damage Inc Promotions in Galway. This was in conjunction with the recording and release of their debut EP. And what better way to test new material out.

Opener, ‘The Walking Dead’, contains a grinding and gruesome sounding opening which is led by series of riffs. A low and hideous growl preempts the entrance of the vocals and the drums. The feel is quite dark and oppressive. The playing is slow and churning. It quickly gathers steam as the guitars and drums pick up the pace. The vocals become more of a high-pitched scream. One would assume it is being done by duel vocalists for contrast but is actually being conducted by Brian Harrington alone. It sees a return to the growling style, albeit with more pace to it this time. Some excellent guitar work by Cormac Jordan and Dylan Kennedy is being employed here and the drums from Marco Persechini are absolutely pummeling. The guitars begin to take on somewhat of a tech/sci-fi feel to them as they weave and spiral through the piece. The slower approach is revisited from before with the playing maintaining a striking standard. As it moves along, some powerful bass-lines are introduced and this contributes towards the flat-out weight to the end. ‘The Final Tide’ features high-pitched screaming off the bat accompanied by strong bass lines from David Mooney and guitar work. Emphasis is mainly on the atmosphere rather than speed. The drum beats are slow and trundling. The vocals also descend down into the mire. It is not quite in the pace of INCANTATION, ASPHYX, AUTOPSY but not far off it. For most of it, the tone is being set by the bass and drums but a guitar line does break out into a temporary burst of speed. This is a brief respite, before delving back down again. Some fabulous drumming patterns are unveiled during this. A few guitar sweeps occur as it gains in speed and frenzy towards the end. 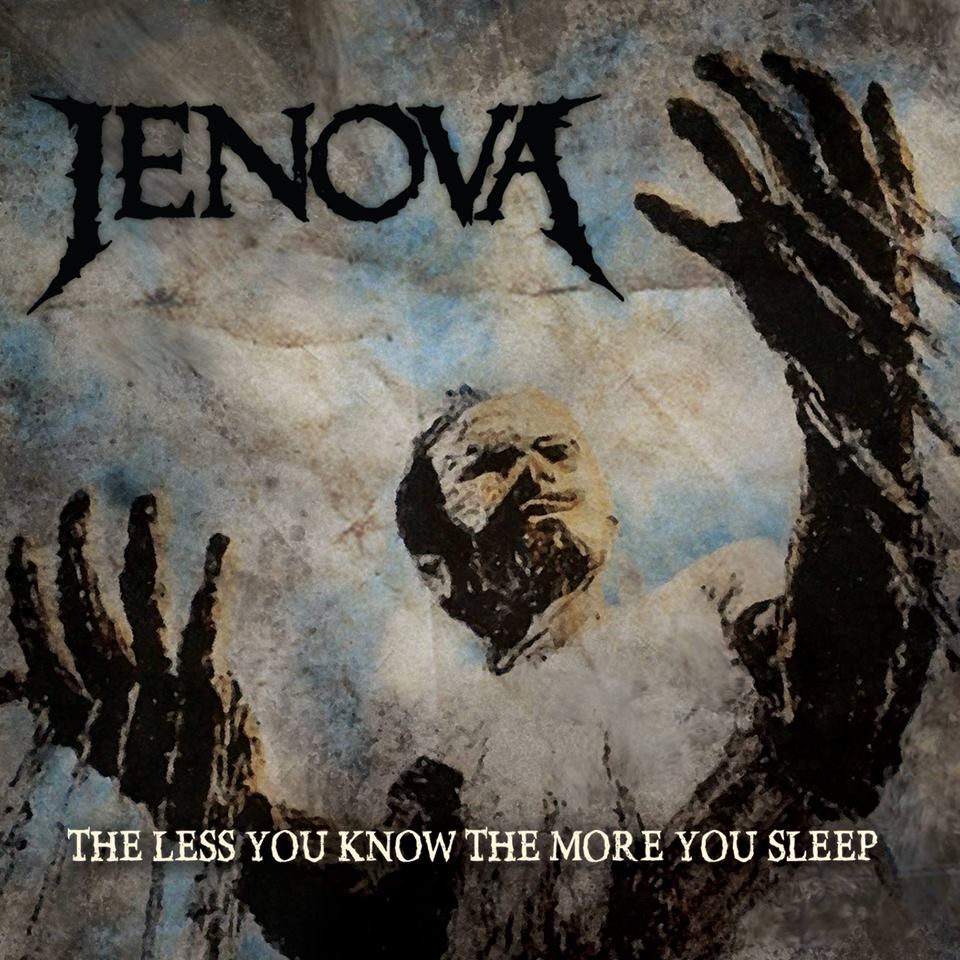 ‘Nihil Deorum’ involves more of a high tempo start. It is built upon by sturdy drumming and an insistent riff. The playing formulates gradually to become more expansive and sprawling than seen before. Almost cinematic in a way. Clearly a degree of thought went into it. Not just content on being overly brutal sounding or fast-paced these lads. Shades of progressive or post metal at times. Harrington’s vocals remain varied and multi-layered. Impressive how the switches are dealt with. The production really helps in that respect. Although it is modern sounding, it allows for the tonal changes to seep through without sounding clunky. There is significant weight on the drums and bass which gives it a groove element. The playing and vocals fall away to the point where only skeletal like drum beats are heard. This period of refrain concludes as the double bass and snare kick up yet again before groove laden riffs sees the number out. Closer, ‘Rains’, begins with some melodic and introspective guitars. This is not the start of an eighties power ballad though as it begins to pick up speed and weight. The pace remains generally slow but tracked with great fluid guitar lines. The speed quickens and slackens at various points as the mood requires it. There are some fantastic deep growls shown off here. The vocals switch to a higher pitch over Mooney’s deep bass lines. The melodic guitars from the start return and build towards an interesting solo. It is both tasteful and engaging and demonstrates the chemistry between Jordan and Kennedy.

There is plenty here for most metal-heads to enjoy. Having been variously described as deathcore and/or melodic death, this EP shows many different shades and facets to their music. The pace changes are used carefully and not in thrall to any particular band or influence. They seem adept at switching sulfuric like growls into high-pitched screams without missing a breath and stylistic guitar turns which defy their time in existence. A band less sure of themselves may have been happy enough to dwell within a comfort zone but they are willing to stretch themselves beyond that. It is certainly not easy to operate at a slower tempo but they seem to employ it to good effect. Willing to subvert the opinion that slower death metal is not as creative as its faster cousin. It is quite cerebral in fact at times here. Personally, I would have liked to have heard more solos. It was surprising the one and only took place near the end. Something to work on I suppose. For an EP which was recorded by themselves, it sounds stellar. Only the mixing was outsourced to the reliable hands of Aidan Cunningham. 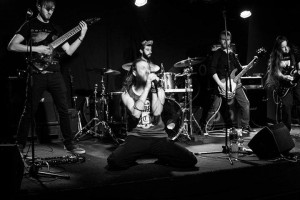 Since the recording of this EP, the announcement was made regarding the departure of Cormac Jordan. He played his last gig on the ZHORA launch. His destination is unclear at the moment but he is expected to pop up again soon. They are currently looking for a replacement and have advertised through various outlets. In the meantime, they are operating as a 4 piece. Time does not stand still however and nor are they. Having won ‘Best New Band’ for 2017 from Metal Radio Ireland, they are straight back into announcing more shows. They started the year by supporting BLOODSHOT DAWN and REPRISAL and are also set to make another Siege visit. It is also their intention to go back into the studio to possibly record their debut album. If they can keep up their level of resourcefulness, we could be in for a cracker.